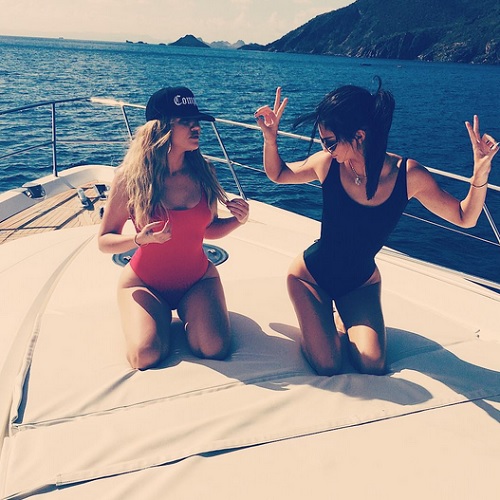 Kris Jenner and the Kardashians have officially pushed Rob Kardashian over the edge – and his descent into apparent madness continues. It’s no secret that Rob has been dealing with mental health issues and an alleged drug problem, combined with severe anxiety, depression, and never-ending family drama. We have had to watch the sad transformation and downward spiral of Rob Kardashian over the course of the last few years, and we 100% blame Kris Jenner and his inconsiderate fame-hungry sisters for the devastating place that he is in now.

Rob Kardashian hasn’t been the greatest Instgrammer this year – and his bizarre posts are generally some sort of diss towards his sister. Remember that time he said his sister Kim Kardashian was the “psycho bitch” from Gone Girl? Or how about the time he purposefully didn’t wish Kylie Jenner a “Happy Birthday” and instead paid tribute to Paul Newman? Now, Rob is lashing out against strangers, too, on Instagram – and telling them that he “fuc*ed their mommas.” Classy.

Khloe Kardashian posted a photo of herself and her sister Kylie Jenner on Instagram – dancing in their bathing suits, while wearing a Compton hat. A hater trolling Khloe’s account commented on the picture, “How many times have you been to Compton,” implying that Khloe had no business rocking the hat. Rob Kardashian quickly responded to the troll’s comment and snapped back, “About as many times as fuc*ed your momma. So about 8 times. She gave up that pu**y quick THO.”

Seriously? It’s safe to say Rob Kardashian may have officially lost it – and Kris Jenner is silently panicking about what he might do or say next. She most likely just put parental blocks on his phone so he can’t access social media. On the bright side, I guess it was semi-sweet that he was defending his sisters. Do you think that Rob has gone crazy? Is his family to blame? What is he going to do or say next, he obviously has zero filter? Share your thoughts and theories in the comments below!