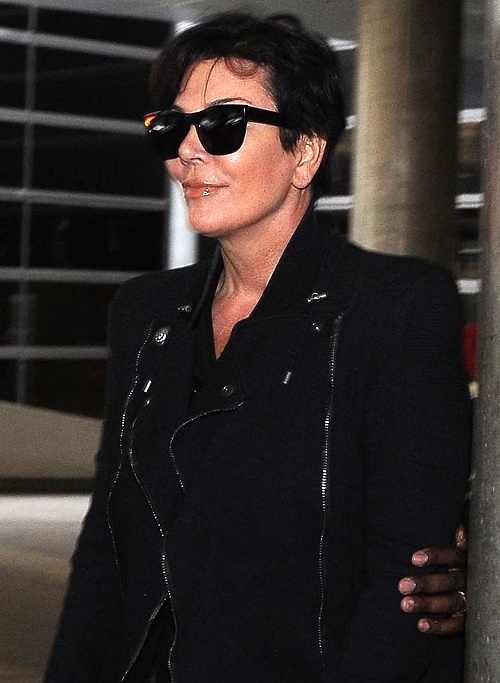 Kim Kardashian took to Instagram and posted a picture of a letter that Rob wrote to himself 10 years ago that he was supposed to open at his reunion, bragging about how excited he was to get to read it later. But sources close to Rob say that he was actually looking forward to the reunion and reading his letter there with his friends – but his mother Kris Jenner informed him that he could not go because she knew that everyone would be snapping photos of him, and posting them on to the internet.

We spoke to an acquaintance of Rob’s who DID go to the high-school reunion, they dished: “Rob actually told people he was coming, and he seemed excited. He knows we would never judge him based on his weight or family stuff, we all grew up together. But, at the last minute, he texted someone and said he couldn’t make it and some excuse about his mom [Kris] didn’t want people taking pictures of him and selling them. It’s like she is trying to keep him hidden or something, it’s crazy.”

Rob Kardashian and Kris Jenner have been feuding for months. Kris wants everyone to think she is a doting and concerned mother and worried about Rob’s weight and depression. But at the end of the day she seems to really care less what is going on with Rob, as long as he doesn’t get caught outside and photographed. Appearances are always Kris’s priority, and right now Rob’s appearance leaves a lot to be desired. Sadly, being embarrassed of her own son and trying to hide him from the world is only making his issues worse.

Do you think Rob would have gone to the reunion if Kris let him? How do you think she convinced him not to go, did she bribe him with money seeing as how he is broke? Or just get inside his head and convince him that he doesn’t want people to see him like this? Let us know what you think in the comments below!