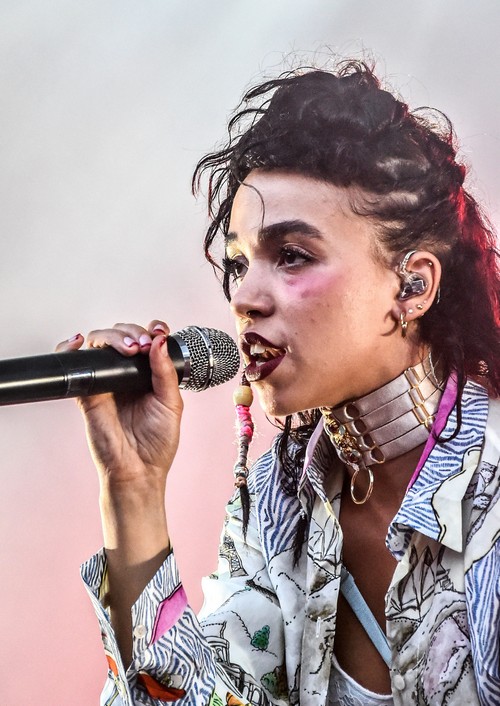 Robert Pattinson and FKA Twigs are ready to brand themselves as something new and fresh. To do that, Rob is going to have to shed his ‘Twilight’ stigma and his constant ties to Kristen Stewart. Pattinson is ready to let his past go and possibly bury his Kristen Stewart showmance with a baby! Could FKA Twigs be pregnant already?

Rob’s career is starting to move into more mainstream territories after pursuing his appreciation for independent films post-Twilight. Starring alongside Brad Pitt and Charlie Hunnam in ‘Lost City of Z’ will help his career. FKA Twigs may claim she hates being “mainstream” but she and her music will also enjoy the benefits.

Robert Pattinson and FKA Twigs were engaged after 6 months of dating. The duo confirmed the news to People, after Twigs’ pal, T-Pain, “accidentally” revealed that the new couple were planning on getting married during an interview with Vulture in April. Since then, there was an FKA Twigs pregnancy rumor that surfaced after Twigs snubbed alcohol at Coachella. Rob and Twigs did little to dispel the baby bump watch and enjoyed the media circus instead.

We can probably anticipate another round of FKA Twigs pregnancy rumors thanks to Pattinson’s interview with Jolie magazine. When asked if he could imagine becoming a father, Rob told the mag, “Definitely, although I still do not know when. Therefore I was so attracted by the role in ‘Life.’ At my age, you do not get so many chances to play a father—and certainly not one who leaves his family in the lurch.”

You’ve got to hand it to Robert, he tried to bring the focus back to the film, but one can’t help but note he is “definitely” ready to be a dad. A baby with FKA Twigs would help break his long-standing ties with Kristen Stewart and ‘Twilight.’ Pattinson and Twigs are clearly ready to shed that stigma.
The couple are still planning the wedding, which will have undoubtedly have some star power.

Hollywood Life reported Katy Perry not only be in attendance, but have also something to do with the ceremony. Being that Rob and Twigs both have a passion for all things melodic, it’s likely there will be tons of music. Reese Witherspoon might be another A-Lister that will be there for Rob, and if the bromance supposedly brewing between Pattinson and Brad Pitt continues, perhaps the Brangelina Bunch will be invited.

Whatever their wedding details, a baby for Robert Pattinson and FKA Twigs probably won’t not happen before the marriage, but you can bet on tons of pregnancy rumors in the future!