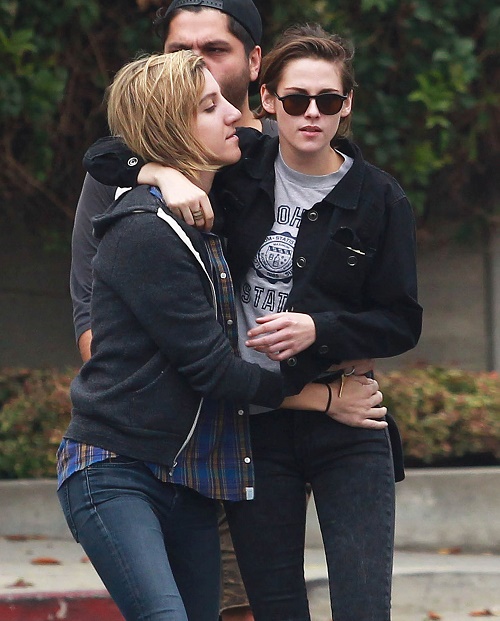 FKA Twigs loves her fiancé Robert Pattinson, but she absolutely despises the Twilight franchise, and anything that has to do with Kristen Stewart. Since Robert Pattinson began dating FKA Twigs, Robsten fans have harassed Twigs to no end on social media. Since Robert and FKA Twigs’s engagement, all eyes have been on his ex Kristen Stewart to see how she will respond, and Robert’s name has been coming up in every interview that K-Stew gives.

FKA Twigs has had enough – and she wants Kristen to stop talking about her fiancé! Kristen has been mentioning Rob an awful lot recently in interviews, but only because she is being asked questions about him since his engagement to Twigs is in the news. FKA Twigs doesn’t care why Kristen is mentioning Rob’s name, she just wants it to stop. According to OK! Magazine, Twigs contacted Kristen and told her to keep Robert’s name out of her mouth!

OK! Magazine’s inside source revealed, “She sent a message to Kristen to ‘shut the f**k up’ about Robert because she lost the right to speak about him in public ‘the moment she got into that car with Rupert Sanders. It was pretty brutal. It will be a very long time before Kristen talks about Rob again in public.”

The insider went on to explain that the reason FKA Twigs is so protective of her fiancé is because Robert Pattinson opened up to her about how devastated he was about Kristen Stewart cheating on him with Rupert, he didn’t even want to leave the house or keep acting.

We totally get why FKA Twigs is overprotective of Rob, but can Kristen really control what people ask her about Robert Pattinson? Twigs needs to accept the fact that K-Stew will forever be linked to Robert Pattinson by the Twilight franchise – and no matter how hard Twigs wishes, Kristen Stewart and Twilight fans are not going to disappear off the face of the planet.

Do you think that Kristen Stewart is being disrespectful? Or should FKA Twigs grow up and accept the fact that she can’t erase history, and K-Stew is a part of her fiance’s history? Let us know what you think in the comments below!