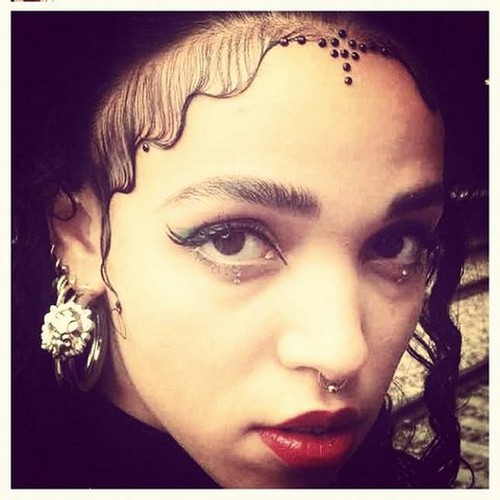 Twilight star Robert Pattinson is officially engaged to FKA Twigs – but the odds of the couple ever setting a wedding date and getting married are slim to none, because Rob is starting to realize that Twigs is using him to boot her career. Rapper T-Pain slipped up during an interview with Vulture when discussing his collaboration with R-Patz’s new fiancée and stated that she might not be available to work on his new album because she is “really busy” and “engaged now.” T-Pain tried to pass the engagement announcement off as an April Fool’s Day prank after he let the cat out of the bag, but no reputable site was buying that – several sources have confirmed that Robert Pattinson and Twigs are indeed engaged.

So, when are Rob and FKA Twigs getting married? Well, according to insiders…most likely never. Since Robert Pattinson stepped out with his new girlfriend in 2014 rumors have been running rampant that the British singer was using the Twilight star to boost her celebrity status and get her big break in the music world. Let’s be honest, before Twigs began appearing on the arm of R-Patz, none of us had ever heard any of her “music.” And, now she is working with artists like T-Pain, so obviously her plan is working.

Robert Pattinson’s friends and family have been skeptical of his new girlfriend for months now, and whether or not she really cared about the actor – or just his star power and bank account. Now that Rob has proposed and they are talking about wedding dates the actor’s friends are trying to persuade him to reconsider, and sources say that they are making some headway. A pal close to Rob’s circle dished to CDL, “Once FKA Twigs began talking about wedding dates – the gravity of the situation set in. Rob is starting to realize that she cares more about the wedding and the press that they will receive – than the fact that she is marrying him. FKA Twigs totally pressured Robert Pattinson into popping the question, and he is starting to wish he hadn’t gotten down on one knee because her true colors are starting to shine through.”

Do you think that Rob and FKA Twigs will ever actually get married? Is Twigs using Pattinson for his fame and money, or does she genuinely care about the Twilight star? Let us know what you think in the comments below!