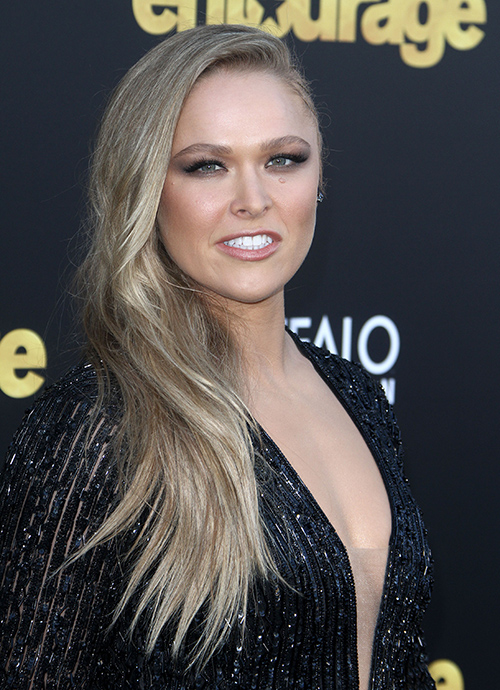 A future rematch between Ronda Rousey and Holly Holm is doubtful after the severe beating Rousey took. The former UFC champ is terrified of Holm and fears a rematch would end her career. Even though both Rousey and Holm claim that they welcome another fight, fans shouldn’t get their hopes up because Ronda is more scared of taking another gigantic beating than losing another match.

After losing her UFC bantamweight title to Holly Holm in Melbourne in November, Ronda Rousey is looking at a long recovery. The formerly undefeated martial arts master was beaten so badly in the two round title fight with Holm that she had to have plastic surgery to repair her busted lip. That isn’t the extent of Ronda’s injuries though and there are reports that it could take up to six months for the fighter to fully recover for the beating.

Rousey admitted in an interview with ESPN, “I’m the only one that’s scared when I walk in there. I’m always f****** scared.” Well, scared isn’t even the word now that Rousey lost in the most humiliating way to Holly Holm. Ronda is downright terrified to go toe-to-toe with Holm again. Fans can expect the overhyped judo champion to use every excuse in the book in order to avoid risking another blowout.

The excuses are already flowing freely as Rousey told ESPN on Monday, December 8, “It might be three to six months before I can eat an apple, let alone take an impact.” Ronda was exposed in a major way in her upsetting loss to Holm at UFC 193 on Nov. 14. The disgraced fighter has been hiding out and nursing her injuries ever since.

At this point, Holly Holm’s manager Lenny Fresquez told the Los Angeles Times that Rousey won’t be ready to fight his client in July 2016 as has recently been discussed. Even he fears the beating that Rousey might take in a rematch with Holm. Instead, Fresquez has his eye on Miesha Tate instead. Holm’s manager insisted that Holly only wants to fight the best and Rousey isn’t the best anymore.