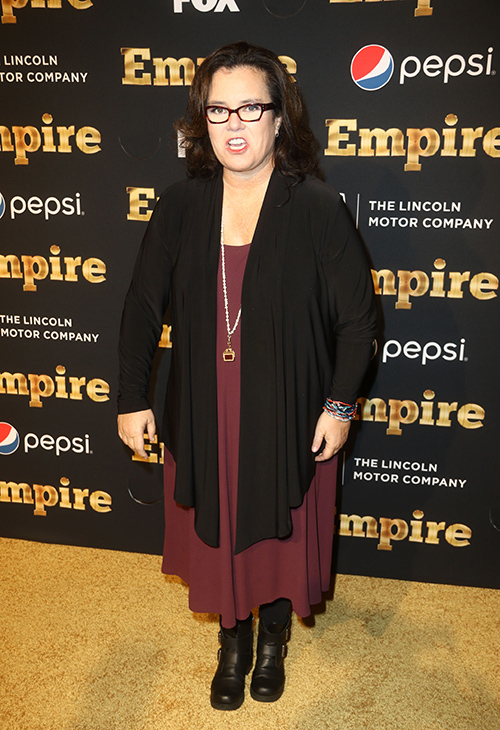 Rosie O’Donnell has denied daughter Chelsea O’Donnell a reunion with her siblings? It appears that Rosie disowned the teenager – in a text message. Last summer, 18-year-old Chelsea went missing for a week. Eventually, the teen was found living with a drug dealer/addict. Chelsea refused to come home and went to live with her birth mother.

Despite calling Rosie a pot-smoking phony in a previous interview, things seemed to straighten out in November 2015. But just a few weeks’ later things between mother and daughter have gone from barely civil to all-out war.

Text messages between Chelsea and Rosie were recently published by Star. Chelsea reveals in an interview with the magazine that Rosie won’t let allow visits with siblings Blake, 15, and Vivienne, 12, anymore. That is, unless Chelsea enrolls in the treatment program of Rosie’s choice. In the text messages O’Donnell told Chelsea if things aren’t done Rosie’s way there will be no more help.

Experts interviewed by Star were shocked by the text messages Rosie sent to Chelsea. Philadelphia-based Dr. Sue Cornbluth believes that the messages show O’Donnell is further rejecting Chelsea, lowering the young woman’s self-esteem even further, and creating additional feelings of alienation from the O’Donnell family.

Rosie has demanded that Chelsea attend a year-long rehab program somewhere in Texas. The teenager doesn’t want to be 1,500 miles away from home. According to Chelsea the program Rosie has hand-picked is much too restrictive and the young woman doesn’t feel she needs that type of help. “I’m trying to figure out other aspects of my life. I can get a therapist on the side,” Chelsea believes.

Chelsea may have another reason to stick close to home. O’Donnell recently met Nicholas Alliegro, a 30-year-old plumber from Long Island, New York, at a Dunkin Donuts. Chelsea reveals that the couple has everything in common and that Nicholas “brings out the best in me.” The couple met in November and Chelsea brought Nicholas home to meet Rosie the last time mother and daughter visited.

Is Nicholas Alliegro the reason Rosie O’Donnell wants to send Chelsea O’Donnell 1,500 miles away to a treatment program in Texas? This wouldn’t be the first time Rosie sent Chelsea far away from the family. The teen was exiled to an uber-strict Utah boarding school from ages 13 to 17.

Should Chelsea O’Donnell check into the treatment facility in Texas? Why can’t Rosie O’Donnell find a program closer to the family home on Nyack, New York home? Or is Rosie simply reached the boiling point the troubled 18-year-old and the Texas rehab program is the only option left?