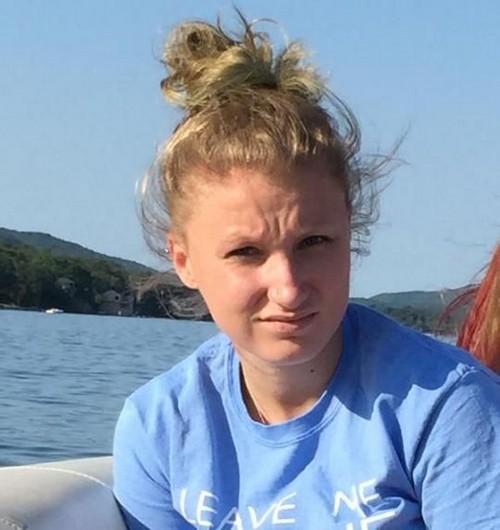 Rosie O’Donnell’s estranged daughter Chelsea O’Donnell has finally broken her silence after her falling out with her adoptive mother, and in an exclusive interview with Daily Mail – she revealed what The View host is REALLY like, and that she didn’t run away from home. According to Chelsea, Rosie actually kicked her out of their Nyack house, and then lied and said she had a mental illness because “she didn’t want to look like a bad mom.”

Chelsea is now living with her much older convicted felon boyfriend in New Jersey, she left Rosie’s house for good when she turned 18 years old this summer. Now, Chelsea wants to set the record straight about her falling out with her adoptive mother Rosie, and she wants everyone to know that O’Donnell is not the fun and loving woman she pretends to be when the cameras are rolling.

Chelsea dished to Daily Mail, “I think she did that [reported me missing and mentally ill] because people started asking questions and she didn’t want to seem like this bad parent that had kicked her daughter out. Putting out there that I am mentally ill was really hurtful. People think I’m this crazy person and as I’ve said, I have depression and bad anxiety – but it’s been something that’s gotten a lot better. But these were personal things and I didn’t want anyone to know them about me. I wouldn’t say I’m mentally ill – I would say lots of people struggle with what I have.”

Rosie’s estranged daughter also shared some private details about the TV personality that she probably didn’t want the world to know. According to Chelsea, Rosie didn’t want to spend any time with her kids – she pawned them off on her nannies and other staff.

Rosie was a loner, and she would lock herself in her arts and crafts room, smoking weed, drinking, and listening to Madonna for days on end. She also went on to reveal that part of the reason there is so much bad blood between Rosie and herself is because she is bitter that her mother sent her away to boarding school with a bunch of strangers for most of her life, and she lied to Chelsea and told her that her biological mother was high on drugs when she was pregnant with her. Chelsea claims she went to the hospital where she was born and looked at her birth records – and there was actually no drugs in her system.

Since Chelsea left Rosie’s home, she has been relying on her boyfriend Steve to support her financially – and of course whatever pretty penny Daily Mail paid her for her exclusive interview. Chelsea says that soon she and Steve plan to move to Wisconsin to be close to her birth mom – and it doesn’t look like she has any plans to reconcile with Rosie O’Donnell any time soon. What do you think of Chelsea’s interview?

Was she exaggerating about what happened because she wanted a fat check from Daily Mail? Do you blame her for leaving Rosie’s house, or was her life really not that bad? Let us know what you think in the comments below!

Rosie has responded to the interview – her rep claims the star finds her daughter’s takedown interview “heartbreaking on every level.”