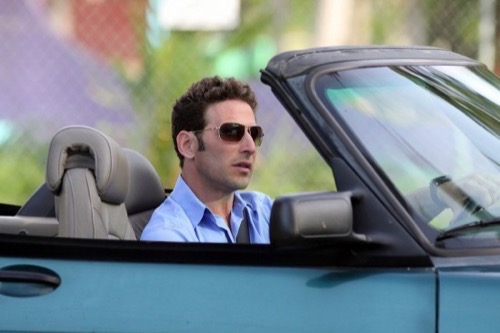 Tonight on USA Network Royal Pains continues with an all new Tuesday, June 9 season 7 episode 2 called, “False Start.” On tonight’s episode in the season 7 episode 2, Hank treats a rookie triathlete; Evan and Paige temporarily move in with Hank; and Jeremiah helps Divya maintain perspective when a sensationalized video of her goes viral.

On the last episode, Hank (Mark Feuerstein) helped a TV host who was off her game and took a big step in his personal life. When Evan (Paulo Costanzo) and Paige (Brooke D’Orsay) bought a new home and got some unexpected news, they learned the next chapter in their lives would be filled with ups and downs. Divya (Resma Shetty) got more than she bargained for when she saved the life of a young skateboarder on the street, and Boris (Campbell Scott) offered Evan an exciting career opportunity. Did you watch the last episode? If you missed last week’s episode we have a full and detailed recap, right here for you.

On tonight’s episode per say the USA Network synopsis “Hank (Mark Feuerstein) treats a rookie triathlete who encourages him to try triathlons – and online dating – for himself. Evan (Paulo Costanzo) and Paige (Brooke D’Orsay) temporarily move into the guesthouse with Hank, and Evan reveals a startling part of his past. Meanwhile, after last week’s shocking ending, Jeremiah (Ben Shenkman) gets Divya (Reshma Shetty) out of a jam and helps her keep things in perspective when a sensationalized video of her starts to spread.”

Five minutes with Jeremiah and the police were more than willing to let Divya off on tonight’s all new episode of “Royal Pains”. But, unfortunately for Hank, nothing could save him from his date with Becki.

Becki was a woman Hank had met while he was with a patient. And at first she came across as carefree and fun. However there was nothing during the date that reminded Hank of the girl he had met earlier. It was like a whole other Becki.

Except the Becki that arrived for the date was a woman that ate off of Hank’s plate and drank way too much. So by the end of the date from hell, Hank offered Becki his couch and she instead passed out on the chaise lounge outside. Which by the way was not a good look when Evan and Paige assumed Hank made her sleep outside.

So Becki ended up being a wrong fit for Hank and that point was driven home after he had to save her life from a food allergy and she followed that up by vomiting all over his front yard.

Thankfully, Hank is not going to let his one failed date with Becki deter him from finding the one. He’s ready to settle down and his new patient had even helped him. His patient is gearing up for a marathon in which he was going to be competing against his girlfriend so he told Hank where everyone is meeting everyone nowadays – online.

And as for Paige and Evan, they found out their pest problem wasn’t going to be fixed anytime soon. So that means they’re baby making plans might have to be put a hold until they get their house back from snakes.

Evan and Paige had talked and it seems like they’re really ready to be parents. However there’s a chance that Evan might be a parent already. It seems that before, when he was down on his luck, he sold his sperm to get by. And now he doesn’t know how many kids he may have fathered.

While Paige is worried about whether or not she can have a baby. Hank later gave her a check-up and it looks like the miscarriage she had (the tests weren’t false positives) was random. So although Hank told her that everything was fine and that he didn’t see any problem occurring with her trying to have a baby – there’s still is that fear.

And on top of that, Paige is also worried about what kind of mother she’ll be. She never met her biological parents and she doesn’t know what she’s passing on genetically.

But Divya is doubting herself for a different reason because she knows what happened that day with the police and her daughter yet she’s letting internet trolls convince her she isn’t a fit mother.

The incident was filmed and posted online so now people are judging Divya by what little they saw. And just her luck, Divya didn’t know how to turn away. She read the comments and eventually the label “Rich Bitch” got to her.

Divya knew she shouldn’t have let these people mean anything in her life but she just couldn’t help it. So, once again, Jeremiah had to come to her aid. He found her tearing up in front of her laptop and he assured her that these people leaving comments under the video were the ones in the wrong. They didn’t know the full story and at they didn’t matter.

Hence Divya finally realized she could away from the screen. And instead focus on continuing to be a good mother rather than listen to others’ claims.

As for Josh, Hank’s patient that’s also teaching him about online dating, has been pushing himself for the upcoming marathon. And as it turns out there is a limit to what he can do. Though Josh chose to ignore the warning signs and nearly drowned for his mistake.

Josh, you see, spent most of his time behind a computer or coming up with gadgets so he wasn’t the type to go exercising. But if he had then maybe he would have realized his condition early on. Apparently he has this issue with a very complicated names that means he has poor circulation. By working out so heavily, he was exacerbating that condition and that’s what made him pass out while he was swimming.

He can work on handling his condition but he was going to be stuck in the hospital during the marathon. So he asked his online girlfriend to meet him at the hospital instead.

The marathon was supposed to be the first time they met in person so by changing up the location Josh was worried about how to introduce himself. But Hank told him to merely be himself. And that Jane would be the lucky one.

However internet dating turned out not to be for Hank. The first date he went on ended up being with Becki. Who it seems lied on her profile.

So the one good thing to happen on this episode was when Evan found out his “donation”, the one he made in order to buy a sandwich, was never used. And though that was good news, he was little let down when heard why his sperm was never used. The clinic told him that he had slow mobility. Which means it’s going to be difficult getting pregnant.

Though the fact he and Paige were able to get pregnant also means the family they want is still possible.

But Divya’s ex found out about the video online and now he thinks he can take her daughter away.