Does Ryan Gosling Split With Eva Mendes Loom: Will 35th Birthday Usher in the Bachelor Life? 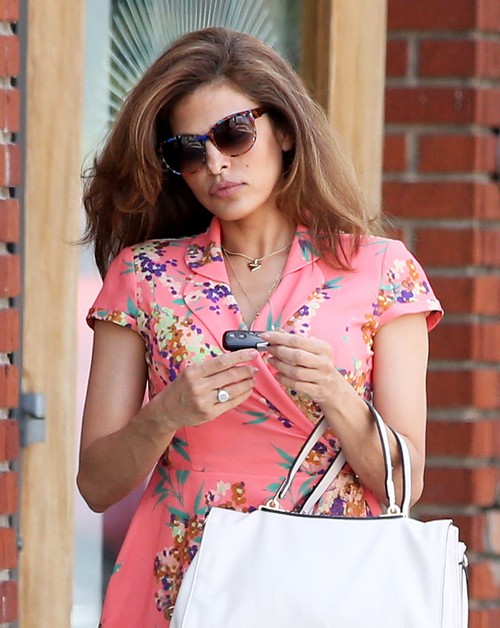 Ryan Gosling just turned 35 years old and although being completely in love with his baby girl Esmerelda Amanda Gosling, the same cannot be said for wife Eva Mendes. There is no shortage of fans that would just die to see Ryan Gosling on the market again; especially after seeing the hunk as a doting father. However, Eva Mendes’ jealousy could be pushing the two apart.

For quite some time there have been rumors about cheating and commitments concerns. Eva Mendes has been reported to immediately accuse Ryan Gosling of cheating whenever there is a number she does not recognize on his phone.

Us Weekly, in an interview with Ryan Gosling, reported him saying, Eva Mendes could be moody and insecure. Although neither of them are short of good looks, Ryan Gosling certainly would have prospects lined up if he got tired of Eva Mendes’ attitude.

Reports have said Ryan Gosling and Eva Mendes’ relationship has been on the rocks and the two have rarely been spotted together since the birth of their daughter Esmerelda Gosling. This is stemming from

Eva Mendes’ issues with being a working mother and the trouble with coping she’s experiencing while being away from her daughter. To make up for this, Star reports that Eva Mendes holds herself up in the house with her daughter and will not leave for days at a time. This has left Ryan Gosling questioning their relationship.

To make matters worse, just last December when Ryan Gosling was away shooting in Atlanta, Eva Mendes refused to visit the set with their daughter. This forced Ryan Gosling to travel back and forth just to see Esmerelda Gosling. This sort of behavior from Eva Mendes may be too much of a strain on the couple’s already weak relationship.

GQ printed in an interview that Ryan Gosling stated, his relationship with co-star Rachel McAdams was “A hell of a lot more romantic” and “one of the greatest” loves of his life. Could Ryan Gosling and Eva Mendes be on the road to a split? Only time will tell and surely Ryan Gosling fans have their fingers crossed.