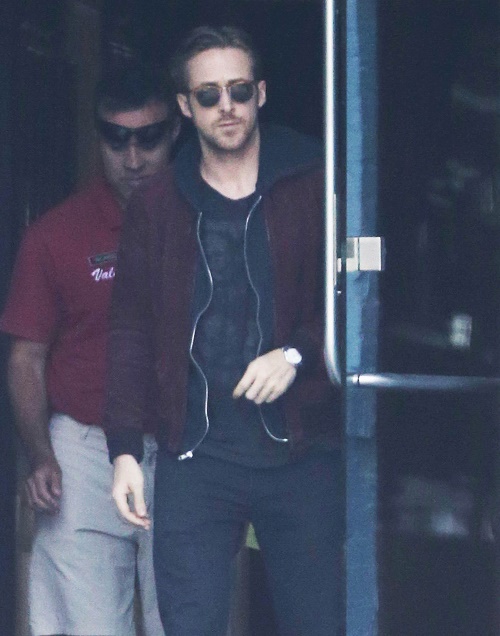 George Clooney may have a lot of fans, but Ryan Gosling is NOT one of them. Apparently, Ryan Gosling passionately despises Clooney and “can barely stand to share oxygen with him,” according to a new report from Life & Style Magazine. George Clooney seems to get along with everyone in Hollywood, but he has rubbed Gosling the wrong way since they first met on the set of “Ides of March” back in 2011. Ryan Gosling seems like a pretty mellow guy, and he doesn’t have many enemies, so what did George Clooney do to get on his bad side?

The June 22 edition of Life & Style Magazine reveals that George Clooney’s prolific Bachelor behavior and wild frat-boy demeanor did not impress Ryan Gosling, and he hated every second of working with him on set. An insider dished to Life & Style Magazine, “Ryan was disgusted with George’s antics. He felt George would talk nonstop about things like friends picking up prostitutes, and vowed that he would never hang out with him. He sees himself as a family man, not a frat-boy like George.”

Ironically, George Clooney has since married Amal Alamuddin and has supposedly toned down his wild ways – after all, when you don’t have a prenup in place and millions of dollars are at stake, you tend to try to keep your wife happy. So, perhaps Ryan Gosling would reconsider working with George again, now that he is a married man. Then again, rumor has it even Amal has had a tough time taming George, and the couple is allegedly on the verge of a divorce.

Do you think that Ryan Gosling is being petty, or is George Clooney really that annoying to work with? What are the odds of them working together again on a new movie some day? Let us know what you think in the comments below!