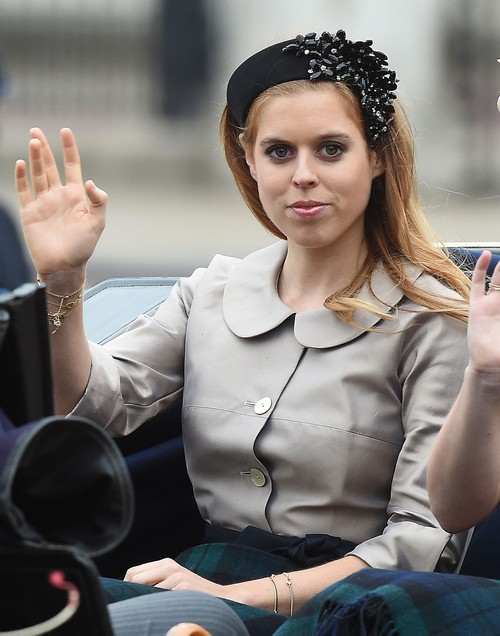 There is nothing natural about England’s royal family, every single one of Queen Elizabeth’s relatives seem to have gone under the knife for plastic surgery for one reason or another – even the Duchess of York, Sarah Ferguson and her daughter Princess Beatrice have had work done. Actually, they may have had the most work done of all of the members of the royal family. A world-renowned plastic surgeon who refers to himself as “Dr. X” has been spilling the beans to OK! Magazine, and revealed that Fergie and Princess Beatrice  are walking silicone.

It’s no secret the Sarah Ferguson has some major weight issues in the past, and apparently liposuction was part of her regular beauty regiment. An insider who has read Dr. X’s tell-all book dished to OK! Magazine, “She had regular lip sessions. And, she has had Botox, fillers, and laser treatments. Dr. X also suspects that she had a mini facelift in recent year and she is about due for another one.”

Duchess Sarah Ferguson apparently set a pretty poor example for her daughter Princess Beatrice, because after growing up and watching her mother make weekly trips to the plastic surgeon – she went under the knife at a young age to get a gastric bypass and liposuction to ensure that her weight didn’t balloon out of control at a very young age. Back in 2008 she mysteriously dropped 30 pounds and suddenly was fit enough to run a marathon, and rumor has it that she didn’t lose the weight naturally. According to OK! Magazine’s sources, Princess Beatrice and her sister Princess Eugenie also had “discreet nose jobs” at a very young age.

Isn’t it crazy how many average women look up to the members of the royal family and aspire to be as naturally beautiful as they are? In all actuality, there is nothing natural about Fergie or her daughters’ beauty – and it’s absurd that they are supposed to be considered female role models, since they aren’t even comfortable with their own noses. Do you think that the royals should come clean about the work they have had done? Have Fergie and her daughters, Princess Beatrice and Princess Eugenie gone a little too far with the plastic surgery? Let us know what you think in the comments below!

Princess Beatrice and her boyfriend Dave Clark August 7, 2015 by FameFlynet