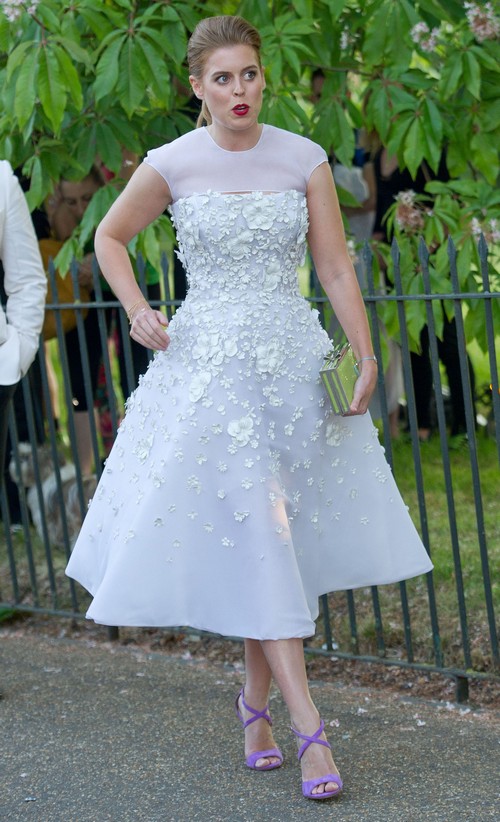 Kate Middleton is offended that Prince William’s jealous cousin Princess Beatrice is doing everything in her power to avoid the birth of The Duchess of Cambridge’s second child and fourth in line to the throne. Princess Beatrice is reportedly moving to the USA, y’all! Prepare yourself for a LOT of royal mongering concerning her welfare, her accommodation, her love life, and pretty much every thing else concerning her brief stay on this side of the Atlantic.

So far, the only thing the royal spokesperson would say is, “Princess Beatrice has started a finance course in America.” It’s reportedly a temporary course, but let’s be real – the biggest reason Beatrice has chosen NOW to go on aforementioned course [as opposed to the traditional starting dates of January or September or even the summer] is because she wants to escape the fanfare surrounding Kate Middleton’s birth. We’ve covered Princess Beatrice’s jealousy and hatred of Kate Middleton and her fame and status before, and the media attention and the publicity will no doubt drive her up the bend. Beatrice always wanted the position that Kate now has, and unfortunately for her, nobody seems to care all that much about second-rate royals.

I mean, the minute that Kate gives birth, the next two months will be all about the baby – the birth, the pictures, the name, the ceremonies, more pictures, etc. It will go on and on and on, and for someone like Princess Beatrice [and her entire family, really], the jealousy will eat them alive. They already hate the fact that Kate is a ‘commoner’, and they’re going to detest the fact that she’s getting so much attention for this.

Plus, Beatrice has come under a lot of criticism lately for taking too many vacations. Perhaps she’s going to the US to (1) get away from Kate, (2) finally be the center of attention for once [you know all the university folks will flock to her], and (3) try to prove that she’s actually a hard-working person [right]. It’s almost amazing that Princess Beatrice manages to take more vacations than Kate Middleton and Prince William, but I think that says a little something about how used she is to undeserved and unearned royal privilege.