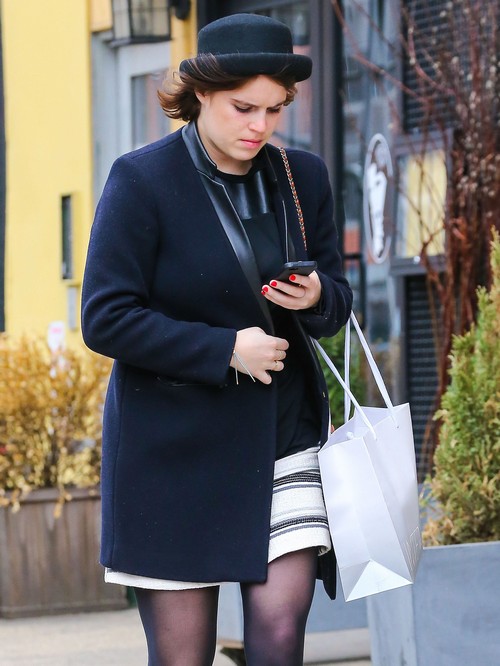 Isn’t the entire royal family supposed to be at Kensington, supporting the next heir’s birth with their presence – or something like that? Instead, Beatrice and Eugenie have escaped to the US with their mother, conveniently avoiding the entire hoopla around Kate’s birth. Sure, people in the US [especially the media and obsessive royal watchers] will be equally as crazy about the royal birth, but it will be nothing compared to the craziness in the UK – especially London.

I mean, we all know that Eugenie and Beatrice hate Kate Middleton, right? They’re jealous of the fact that she’s a ‘commoner’ and gets so much attention from the media, and they’re ‘royals’ and they can hardly get a flyby mention in newspapers. They hate that Kate is getting so much attention for the birth of her royal daughter, and they just hate everything to do with Kate, period. However, there’s really not much they can do about it, can they? They can’t go around and diss her, since that would make them look bad.

Really, their only option is to avoid her, which is exactly what they’re doing. At least in the US, people give them preference over their ‘royal’ status, which is ironic since the idea of monarchy in the states was demolished a long time ago.

What do you guys think about Princess Eugenie and Princess Beatrice avoiding Kate Middleton’s royal daughter birth? Do you think they’re jealous, or that they hate Kate – or both? Of course the plain princesses also want to be getting as far away from their disgraced father, Prince Andrew, as possible – can you blame them? Let us know your thoughts in the comments below.

FameFlynet: Princess Eugenie spotted out with a friend in New York City, New York on April 8, 2015. Eugenie has convinced her sister Beatrice to join her and New York. Beatrice is suppose to make the leap from the UK to the US soon to join both her mother and sister.