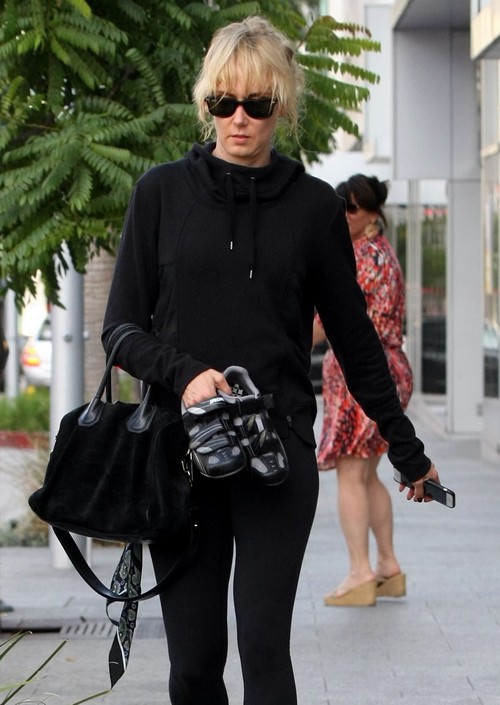 Scott Disick has cheated on his baby-mama Kourtney Kardashian more times than we care to count, but his latest tryst is a whole new low for the Keeping Up With The Kardashians star. According to a new report, Scott Disick has been cheating on Kourtney with her own BFF – Kimberly Stewart, the daughter of rock legend Rod Stewart. Kimberly and Scott were spotted at a Hollywood lounge called Warwick on August 26, and it was pretty clear that they were much more than “just friends.”

Kimberly Stewart has known Kim and Kourtney Kardashian for years, not only did they all grow up together in Sherman Oaks – they even attended the same high-school. Stewart is actually the one who introduced Scott Disick to Kourtney Kardashian over a decade ago. Kimberly hooking up with Scott is the ultimate betrayal, and according to US Magazine Stewart’s guilty conscious is kicking in and she is trying to put the brakes on her relationship with Scott.

US Magazine’s inside source dished, “Kimberly knew it was wrong, but couldn’t help herself. He thought they were just messing around. Kimberly told him it’s getting out, and she can’t have this. She told him they need to cool it for a second and he agreed.” The insider went on to dish that Scott is devastated that their secret got out, because he knows that any chance he had of getting back together with Kourt is now squashed. Ironically, a bombshell new report in this week’s edition of OK! Magazine reveals that there is reason to believe that Kourtney cheated on Scott – and Reign is not his son. If this does turn out to be true, then can Kourtney really hold his fling with Kimberly Stewart against him?

Do you guys think that Kourtney and Scott will ever get back together? Is Kourtney as big of a cheater as Scott? Let us know what you think in the comments below!