Scott Disick Checked Himself Into Rehab Prior To Kourtney Kardashian Breakup – Released Himself 30 Minutes Later! 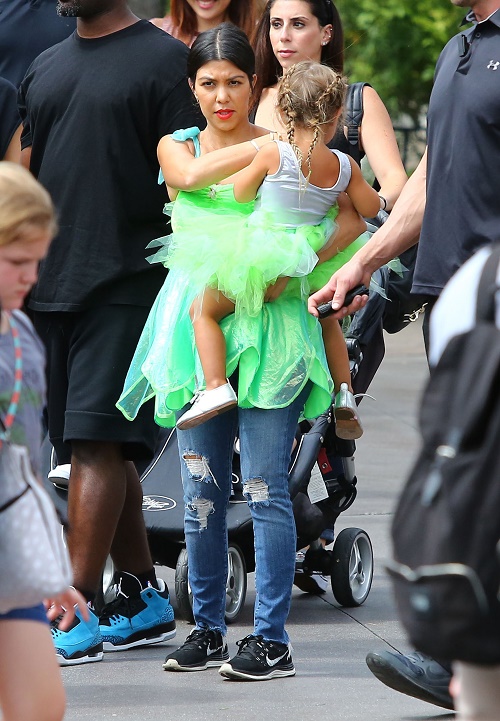 Scott Disick checked into rehab! And then he checked back out before news that he had checked in even hit the internet. Scott recently was dumped by his longtime girlfriend Kourtney Kardashian. After a month long bender and string of cheating scandals, the final straw was reportedly when photos of Scott cheating on Kourtney with his ex Chloe Bartoli hit the internet over the 4th of July weekend.

According to a new report from US Weekly, right before news of Khloe and Scott’s break-up became official, Scott checked himself into a rehab center on Sunday, July 5. Then, Disick checked himself back out of rehab a few hours later. According to US Weekly’s sources, Scott’s pals were concerned about him after his latest bender in Monte Carlo and were able to coax him into the treatment center, but it was short lived.

It sounds like Scott knew all hell was about to break loose and Kourtney was going to go bat-shit crazy when photos of him and Chloe hit the internet, so he tried to blame it on the alcohol and check in to rehab. Only this time, Kourtney wasn’t buying his “woe is me I’m an alcoholic” stunt, and informed her baby-daddy she wasn’t taking him back again – whether he got treatment or not. When Scott realized that his last-ditch effort to save his relationship by going to rehab wasn’t going to work, he called it a day, checked out, and found the nearest bar.

At this point, Scott Disick is probably one of the most-hated celebs on the internet, and has been famously dubbed “Lord Douche” on social media. If he stayed in rehab for 30 days or 30 minutes, it won’t matter, the damage has already been done. Do you think that Scott Disick will ever get sober? Will Kourtney take him back eventually, or is this break-up the real deal? Let us know what you think in the comments below!