Scott Disick Cheating On Kourtney Kardashian: Drinking and Partying Binge Only One Month After Baby Born 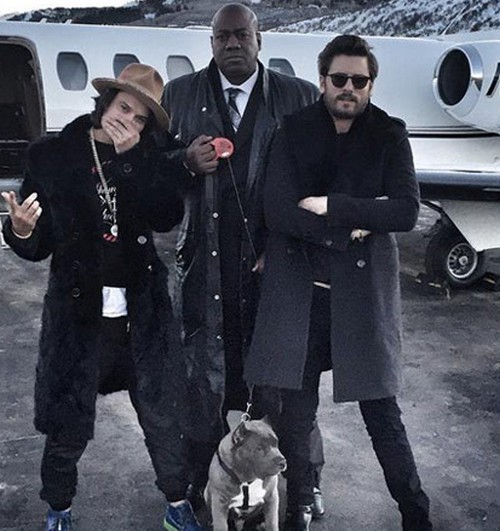 According to a report from TMZ, Scott and his ‘boys’ partied in Aspen and trashed a hotel room, because that’s just how they roll, apparently. Sources say that one of Scott’s friends even jumped over the counter of the bar in the lobby and stole a bottle, which they then proceeded to take back to the room and continue partying with. Apparently, the hotel decided not to press charges [probably didn’t want any more negative publicity], but they did charge him $400 – and probably tacked it onto the mess already caused by them. Plus, those weren’t their only expenses of the night, not by a long shot.

According to the report, Scott and his pals ordered $840 worth of booze, followed by $600 the next night. Guests even complained about the smell of weed, which necessitated management sending up people to tell Scott Disick and his buddies to stop breaking the rules. However, what Scott Disick wants, Scott Disick gets – or more accurately, Scott Disick doesn’t care what people think so long as he has his way.

Basically, Scott Disick might have gotten a handle on his drinking after Kourtney Kardashian threw him out of the house last year, but it’s come back with a vengeance. I don’t think anyone believes Scott’s insistence on his sobriety, especially after seeing this terrific display of restraint – not. If anything, I’m thinking that Scott’s drinking problem has gotten significantly worse, and it will probably lead to more relationship issues with Kourtney.

For example, we’d heard last time that Scott went on a booze bender, he ended up getting quite close to quite a few random girls in Mexico. There were plenty of eyewitness reports confirming that Scott was most definitely cheating on Kourtney, so what’s to stop him from cheating on her again? Especially since these boys weekends away are becoming so commonplace for him?