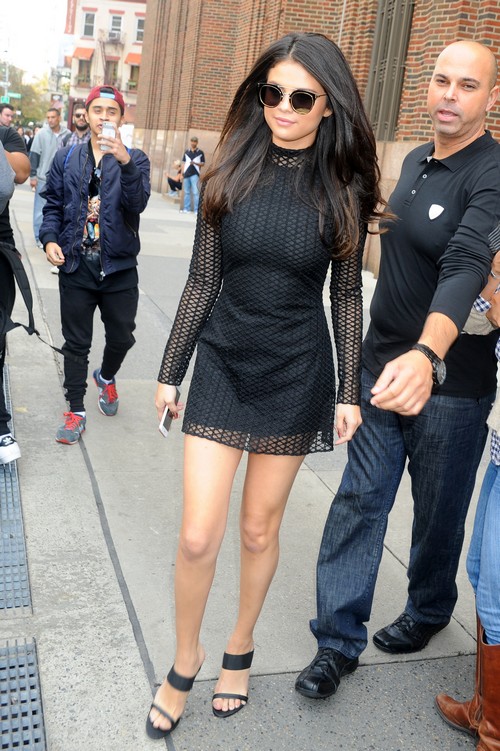 Then, on Friday October 23rd Demi dumped Adam and kicked him off her tour so that her pal Nick Jonas could open up for her in concert instead. Reports say that all hell broke loose and Adam Lambert is furious, a member of Adam’s team ranted to TMZ that what Demi did to him was unethical and unprofessional.”

As you all know, there seems to be some bad blood between Demi Lovato and Selena Gomez. And, SelGo and Nick Jonas aren’t exactly BFF’s, they were reportedly “hanging out” over the summer until Nick promptly dumped her and began “hanging out” with cougar Kate Hudson instead.

A few years ago, Demi and Selena were inseparable – until Demi got sober, and kicked her party buddy to the curb. This summer the Internet went crazy when Selena and Demi appeared to reconcile, but it was short lived and just a few weeks after posting photos on social media together – Demi announced that she and Selena were definitely NOT friends.

It’s unclear what exactly happened between the two girls, but general consensus is that it had something to do with Nick Jonas, who Demi is very close with.

Now, rumors floating around the Internet are teasing that Selena is going to take Adam Lambert on tour with her, since Demi and Nick Jonas just completely screwed him over. And, SelGo is already plotting to make sure that her and Adam’s tour blows Demi and Nick’s tour out of the water. At this point, nothing Selena Gomez does surprises us – she has a PR genius on her team, and creating a feud between herself and Demi and Nick in the media would be a publicity gold mine.

What do you guys think? Will Selena and Adam go on tour together, seeing as how they now have common enemies in Demi and Nick? Which tour do you think will be more successful? Share your thoughts in the comments below!