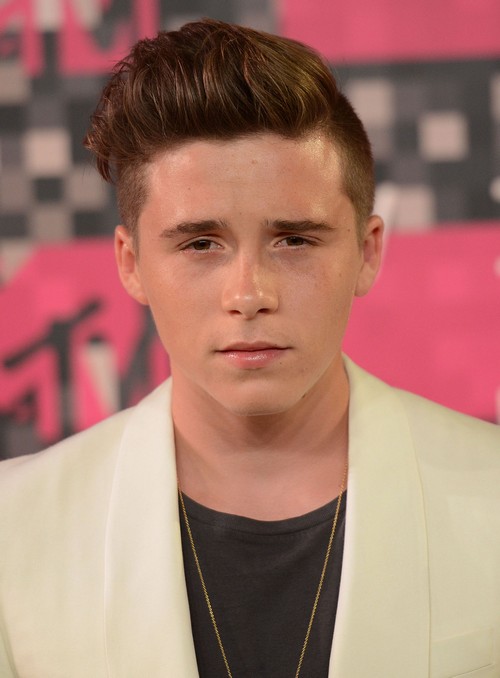 It seems like there isn’t anyone in Hollywood that Selena Gomez won’t date – but apparently she draws the line at 16 year olds. It’s no secret that Brooklyn Beckham (the son of David Beckham and Victoria Beckham) is smitten with Selena Gomez.

SelGo hasn’t exactly given him a reason not to be, she considers him a “friend,” hangs out with him, and even raves about how sweet he is to anyone who will listen. Recently, Brooklyn Beckham began his first real relationship with actress Chloe Moretz, however they recently split – and according to a new report it was all Selena’s fault!

Selena Gomez has become a bit of a man-eater in 2015, and she has been breaking hearts left and right. According to a new report from OK! Magazine, one of those hearts belonged to Brooklyn Beckham. Apparently, Brooklyn was totally in love with Selena, and his girlfriend Chloe said enough was enough.

An insider dished to OK! Magazine, “He was smitten with Selena even while he was dating Chloe, which was one of the reasons they broke up.” We could see how your boyfriend being in love with another woman could put a bit of a damper on the relationship. But, would Brooklyn have been so in love if Selena didn’t lead him on?

Selena Gomez is 23 years old, why is she hanging out with 16 year old boys. We get that they were “just friends,” but Brooklyn made it very clear he wanted to be more than just friends – isn’t that a bit inappropriate.

One could argue that Selena has been so heart-broken and damaged by her relationship with Justin Bieber that she just enjoyed the attention – but hasn’t she been getting enough attention from all of the other guys that she has been dating? Why does she need to lead on a 16 year old kid, and destroy his relationship with a girl his own age? What do you guys think? Share your thoughts and theories in the comments below!