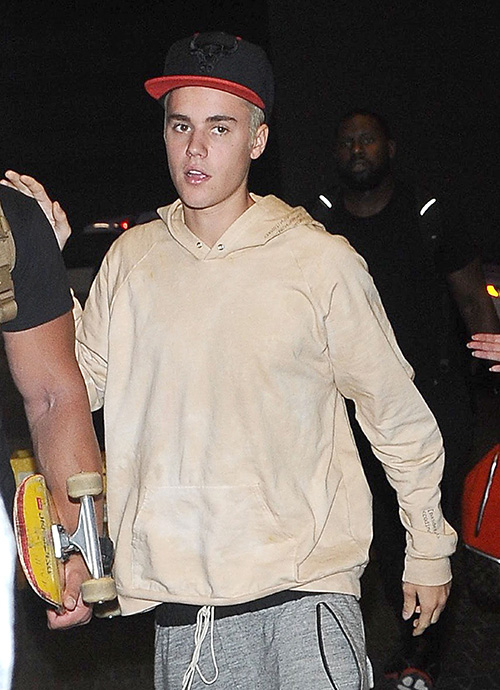 Although there are always rumors and whispers that the two singers might possibly be hooking up, it never seems to come to fruition.  In 2015, Biebs performed on stage at one of Ariana’s concerts with her – and got a little “too close” to the singer, causing some major friction between himself and her then boyfriend Big Sean.  Although it was never confirmed, word on the internet is that Biebs might have even played a part in Sean and Ariana’s break-up.

According to a new report from The Daily News, Justin and Ariana are going on tour next year…together!  An inside source dished to The Daily News, “The whole thing will hopefully end in several (U.S.) stadium dates with special guest Ariana Grande. This is in the very early stages but serious conversations are taking place.  They would both perform their solo hits then team up together for several duets.”  We can already see that 12 year old girls fainting left and right …

Of course, this is where it gets really interesting.  Justin Bieber’s ex-girlfriend Selena Gomez and Ariana Grande aren’t exactly BFF’s – and have had an ongoing rivalry for many years.  It’s believed that Justin might be one of the reasons that the two singers can’t seem to stand each other.  Selena is currently in the midst of a major musical comeback and her new album “Revival” will be released this month.  Going on tour with one of Selena’s biggest pop music competitors is possibly one of the most petty things Justin Bieber has done yet – but we can dig it.

Do you think that by the time Justin and Ariana are done on tour together – they could be dating?  How will Selena Gomez react to the news of the tour?  Could Justin just be going on tour with Grande to make sure that Ariana outshines her?  Let us know what you think in the comments below!