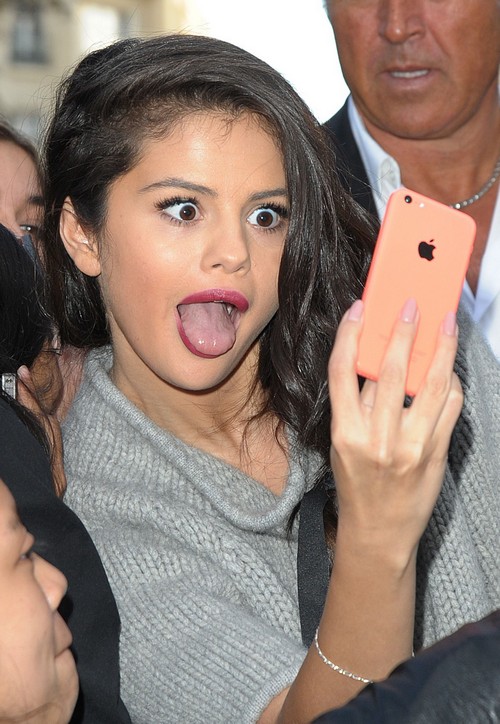 Selena Gomez has openly confessed to having emotional issues and anxiety attacks – and even claims that was the reason behind her last trip to rehab. The “Good For You” singer is currently working hard to promote her album “Revival” and has been jet-setting around the globe doing interviews and appearances. With all of the exposure Selena has been receiving, there also comes a lot of stress and pandemonium – which is triggering severe anxiety attacks for the singer.

According to a new report, Selena is self-medicating her anxiety with booze and pills – and her close friends are growing concerned for her, because every panic attack seems more intense than the last. An inside source close to SelGo dished to In Touch Magazine, “Selena’s panic attacks are crippling on some days. It’s worse than ever before. They start with heart palpitations and they escalate to where her whole body goes rigid. She usually just crawls in to a ball and hyperventilates. Sometimes it will happen every day for more than two weeks straight.”

Selena Gomez is already reportedly prescribed Klonopin and Ativin for her anxiety attacks, those medications combined with the meds she takes for Lupus and booze can be a deadly mixture. In January 2014 Selena checked herself in to rehab, and her pals and family fear that is exactly where she is headed again. The source dished to In Touch Magazine, “She is careening towards rock bottom again. We are talking about having an intervention because Selena needs a reality check, and help fast.”

Between Selena’s constantly gruelling work schedule and equally busy personal life, combined with all of the media attention her troubled relationship with Justin Bieber has been receiving as of late – it is no wonder Selena is caving under the pressure. But, Lupus and panic attacks are no joke, combined with drinking and meds – she might need help ASAP. Do you believe that Selena Gomez needs to take a trip back to rehab? Let us know what you think in the comments below!