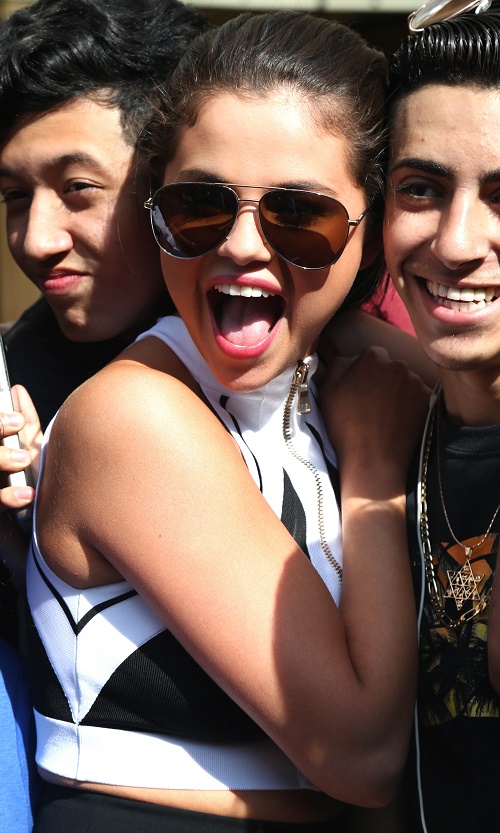 Selena Gomez is driving Justin Bieber crazy! Does Biebs want her back? If Selena was trying to make her ex-boyfriend come crawling back to her when she dropped her super sexy new music video “Good For You,” then mission accomplished. But it looks like Selena Gomez truly has turned over a new leaf, and she is DONE with Justin Bieber for good. Over the weekend, Selena and Justin partied at the same private party, and Selena totally snubbed her ex-boyfriend!

Page Six reveals that Selena and Justin both partied in Hollywood at Tori Kelly’s album release party on June 25. Selena and Justin apparently both arrived at the club, The Nice Guy, in West Hollywood and Selena went through extreme lengths to make sure she didn’t run into her ex-boyfriend. According to Page Six’s sources, Selena actually arrived on fellow singer Ed Sheeran’s arm – and left with him when she saw Justin!

The insider dished, “Justin and Selena saw each other and didn’t engage whatsoever. Selena was too busy enjoying herself with Ed and her girlfriends. Selena came with Ed and left with him shortly after Justin arrived. It was obvious she wanted to avoid any drama.” Does anyone else have a sneaking suspicion that there might be a Justin Bieber and Ed Sheeran feud brewing now?

Rumors that Justin Bieber and Selena Gomez were getting back together popped up again last month when a video was posted on SnapChat showing Justin and Selena hanging out with a ground of friends. But it looks like Biebs and Selena’s reunion was over just as quickly as it started – because now the former lovers can’t even stand to be at the same party with each other! Do you think that Selena could start dating Ed Sheeran? Are you surprised that Selena and Justin didn’t even say “hi” to each other? Is Justin Bieber a hot jealous mess right now? Let us know what you think in the comments below!