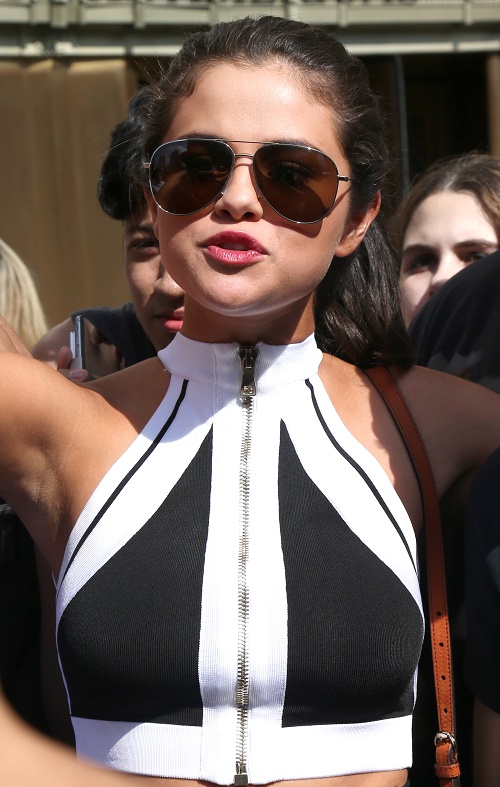 Selena Gomez just released her new album’s first single, “Good For You,” featuring A$AP Rocky. Everyone is dying to know whether or not the song is about her tumultuous relationship with Justin Bieber, or maybe even her most recent relationship with DJ Zedd. While diehard Jelena fans seem to think that the song has to be about Biebs, DJ Zedd posted a cryptic message on Twitter and made a play on Selena’s lyrics hinting that “Good For You” might actually be about him.

Selena Gomez sat down for an interview with Ryan Seacrest to promote her new album, which is still untitled and does not yet have a release date – although she insists it is over halfway done. Obviously, Ryan asked the question we have all been dying to know: are the songs about her romance with Justin Bieber? Selena Gomez confessed that a lot of her inspiration did come from the time that she spent with Biebs, and the heartache she endured.

Selena explained, “I think there’s hints of it [her relationship with Bieber], but I think what I was really excited about was… the rebirth of Selena. It’s just beautiful. It’s my chance to just feel like an independent artist, and I worked really hard on it. So I guess that’s just the vision. It’s all about my journey. It’s not about something specific.”

Do you think that Selena’s new song “Good For You” is about Justin Bieber, or is she just playing coy and pretending that it may be to boost sales? Let’s not forget this is the same girl who was exposed for faking her relationship with Zedd to sell her previous single. What do you think? Share your thoughts and comments below!