Selena Gomez’s Ex-Boyfriends Justin Bieber, Zedd Move On – SelGO Begs Kylie Jenner To Hook Her Up With One Of Tyga’s Friends 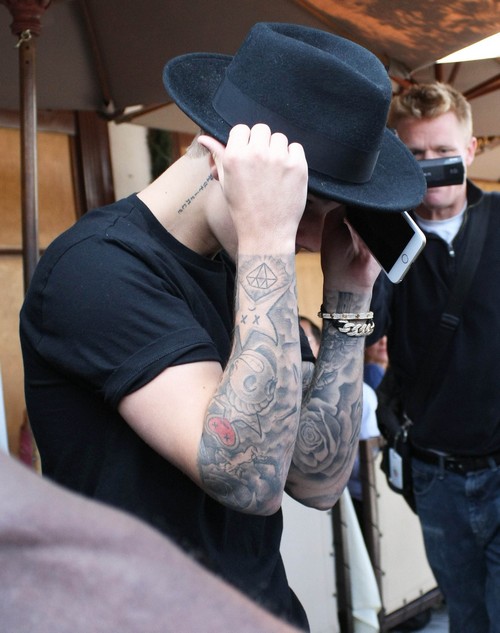 Selena Gomez’s ex-boyfriends, Justin Bieber and Zedd, have moved on – and the “I Want You To Know” singer is so single it hurts. Selena recently buried the hatchet with former frienemy Kylie Jenner, and is reportedly begging the 17-year-old reality TV star to hook her up with one of her boyfriend Tyga’s friends. This month, Justin Bieber finally stopped playing games with Selena and moved on with his new girlfriend, Jayde Pierce. To add insult to injury, the other man in Selena’s life, DJ Zedd, moved on and began hanging out with her pal Nina Dobrev. Now, Selena is determined to find a new boyfriend, and she has asked Kylie Jenner for help.

In 2014, Selena Gomez had a major fallout with Kylie and Kendall Jenner after she allegedly caught Kylie in bed with Biebs. But Selena was spotted hanging out with Kylie this week, and the two girls apparently have been bonding over being the victims of online bullying and body-shaming. Sources say that Selena has always envied the Jenner sisters, and felt like she was always an outcast – she wanted desperately to be accepted into their circle of friends. Now that Justin and Zedd have both moved on without her, Selena is single and ready to mingle. And she thinks the best way to break into Kylie’s super exclusive circle of friends is by dating one of her boyfriend’s friends.

Our insider dished, “Selena told Kylie that she wants to go on a double date with her and Tyga, and one of Tyga’s friends. Selena obviously hates being alone and is already on the hunt for a new man – she thinks if she starts hooking up with one of Tyga’s friends, then Kylie and her will have more in common. Selena just wants to be accepted by the crowd, and she thinks that asking Kylie to find her a boyfriend is a good way to get in.”

Selena kissing Kylie Jenner’s butt is seriously painful to watch. She is an award-winning singer and actress, why does she feel like she needs to be given the seal of approval from a teenage reality TV star? And seriously, isn’t hooking up with Tyga’s friends a downgrade from Justin Bieber and DJ Zedd? Let us know what you think in the comments below!