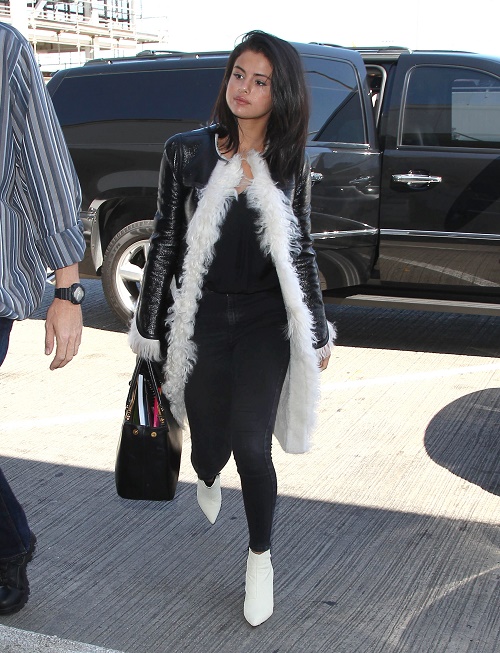 Justin Bieber is done hooking up with Ariana Grande – and now he wants Selena Gomez back (again). Seriously, Biebs, make up your mind! Justin and Selena were on the verge of a reconciliation, and she even broke up with DJ Zedd because she and Justin were talking about getting back together. But then Ariana Grande came along and Justin had always had a crush on the tiny diva – when Ariana began flirting with Justin Bieber to upset her ex Big Sean, Biebs gave Selena Gomez the cold shoulder and began ignoring her because he thought he had a chance with Ariana.

According to a new report, there has been a major shift in power in the Selena-Justin-Ariana love triangle, and now Justin is trying to get back together with Selena Gomez! Are you as confused as we are? This is how it all went down in a nutshell: Justin and Selena were getting back together, Ariana began flirting with Justin so he stopped talking to Selena, Justin realized Ariana was just using him to make Big Sean jealous so he dropped Ariana and is now trying to get Selena to give him another chance. However, there is a slight glitch in his plans – when Justin was chasing after Ariana, Selena began talking to her ex Zedd again.

Since Justin began chasing after Ariana, Selena began talking to her ex Zedd again. Now, Naughty Gossip’s inside sources are reporting, “Justin has sent Selena multiple messages and texts asking if she is free to go with him. Selena has been upfront with Zedd and showed them all, which has made him upset knowing how hard Justin is trying to get Selena by herself. Zedd wants to confront Justin, but Selena won’t let him.”

So, should Selena Gomez give Justin Bieber another chance? Or should she just stick with Zedd this time? Does Justin even deserve another chance after he dropped her for Ariana Grande? Let us know what you think in the comments below!