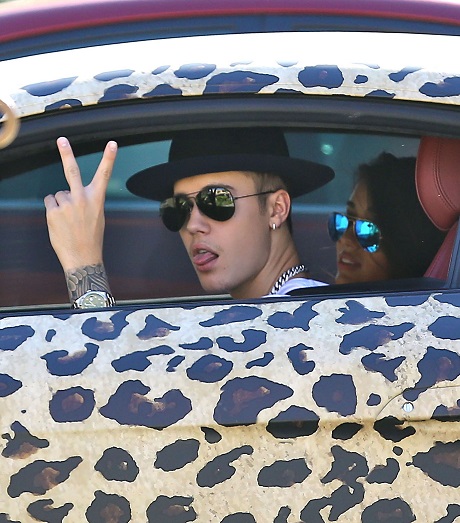 Justin Bieber always seems to be in the news, and rarely is it for anything good. Bieber is currently on a 2-year probation, which resulted after his epic egging of a neighbors house. So what has Bieber in potentially hot water now? Turns out that the cops responded to noise complaints at Bieber’s Beverly Hills mansion on four separate accounts over the weekend. The cops showed up to Bieber’s house on two other occasions as well; however, those involved disturbances with paparazzi and fans.

While Bieber wasn’t cited, he’s definitely juggling fire, as any official citations (for anything, really) will be forwarded to the L.A. County Probation Department. There, his case would be evaluated and, should they deem it necessary, Bieber would be considered for jail time.

What do you think about Justin Bieber’s endless antics? He just can’t seem to chill out — even for a few days. I guess it was wishful thinking to believe that this 2-year probation sentence would force the little dude to simmer down and stop flirting with trouble. Well, if he doesn’t get his life under control soon, then he just might end up in a place far, far away from his precious Selena Gomez.