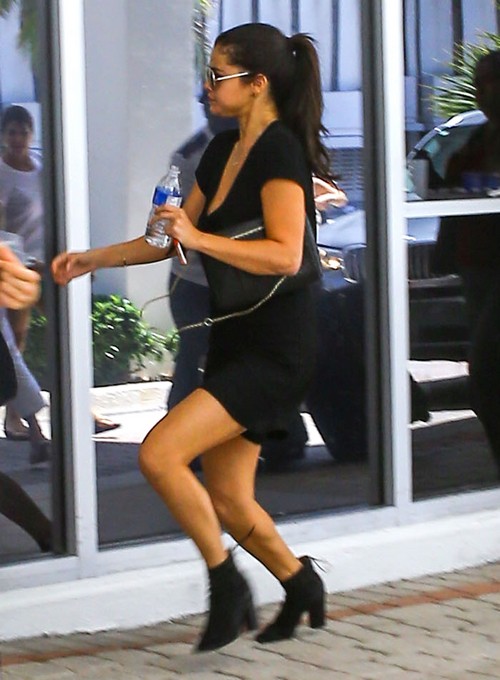 Justin Bieber is treading on shaky ground right now, and he’s reportedly been ordered back for another deposition pertaining to Selena Gomez because he was acting like such an idiot in the first one – according to TMZ.

As we know, Justin is being called in for a deposition for the paparazzi beating case. However, when he was asked about whether he ever shared details about the case with on-again/off-again girlfriend Selena Gomez, Justin started shouting, “Don’t ask me about her again.”

Yes, because Justin is an entitled brat, he thought he could yell at a judge and get away with it. Well, not so much. He’s now been ordered back for another deposition, and the same lawyer that got to Justin last time will be doing the questioning this time. Oh, this is going to be awesomely uncomfortable, and is it twisted that I can’t wait to see Justin squirm?

Anyway, one of the more fascinating facets of this deposition will definitely be Justin elaborating on Selena’s behavior during his questioning. Technically speaking, they were just asking Justin about Selena’s connection to the paparazzi case – BUT they can ask him about anything that relates to or affects his behavior. And trust me, that includes a junkie ex-girlfriend.

It’ll be interesting to see whether Justin gives her up, considering that they’re not on very good terms right now. Will he spill on Selena’s drug use and non-stop partying, and will he try to blame her for anything? Or will he remain silent?