Selena Gomez Slips Back Into Downward Spiral Of Addiction And Trouble After Losing Justin Bieber Again! 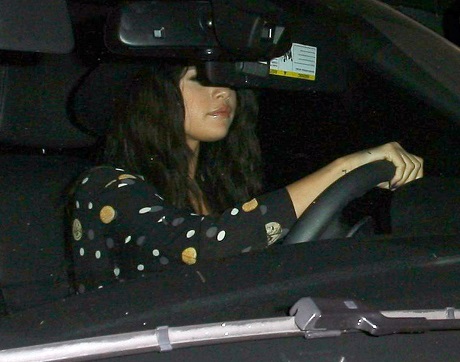 Remember when Selena Gomez seemed like she was going to be the one Disney Channel chick to cross over into adulthood without suffering a major meltdown? That seems like an eternity ago and, over the course of last year, we have watched Selena systematically ruin her own life while putting her future career in jeopardy.

Of course, Justin Bieber is bad news, but at this point her addictions and lacking self-esteem isn’t only because of him. I think Biebs simply triggers all of the bad stuff inside of Selena that already exists and every time he either rejects her or gets caught cheating she spins out of control.

Recently, they were hand-in-hand at a bible study. Then Justin shows up partying with random models and chicks and, bam, Selena loses it. She stepped out the other day leaving little question to the idea that she just had a major boob job and, according to Radar Online, she spent the whole 4th of July weekend partying in Malibu. Girlfriend wasn’t just hitting the bottle but she was also making several telltale trips to the bathroom and returning to her friends a giggling, sloppy mess.

Sources say that the crew that Selena is now running with is nothing but trouble and that’s probably true. She is looking to bury all of that pain while escaping her reality. Ironically, if she could just go back to rehab and stick it out, then after the fact she would simply have to stand back up on her own two feet and let her talent carry her miles past all of the Biebers, Jenners, and whoever else is struggling around her.

Unfortunately, instead of doing that, Selena does the opposite. Every time she gets rejected she takes action that is a bit more drastic. Sources close to her worry that heroin is the next drug she will start to pick up. She is also thought to be a good candidate for an overdose because when she uses she goes hard. Do you think that Selena will pull herself together before something deadly happens? Tell us your thoughts in the comments below!