Selena Gomez And Justin Bieber Get Engaged – Buy Home Together? 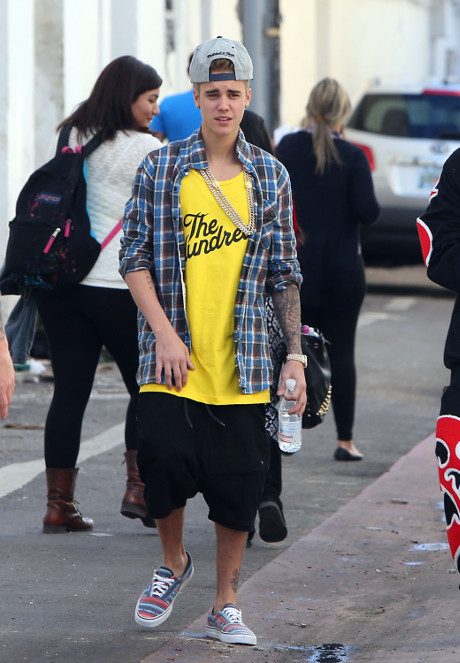 Justin Bieber and Selena Gomez are already getting serious with their relationship after reuniting several weeks ago, and they may even be well on their way to getting married. Surprised? Don’t be. It’s Justin Bieber and Selena Gomez, and both of them are prone to grand, sweeping gestures of romantic love for each other. When it comes down to the fact, neither of them will ever go through with it.

Several recent reports have suggested that Justin and Selena are getting ready to move in together, with sources adding, “Justin told her that he wants to eventually buy a house together. Like a getaway vacation house, maybe in Mexico.”

Of course he does. And this way, he can convince her to stay with him forever, even as he continues to cheat on her with his harem of Instagram models. He’ll threaten and emotionally blackmail her with the house every time he messes up – ‘But baby, I bought you a house!’

Sources close to Justin and Selena also claim they are getting ready to take their relationship to the next level: an engagement. Justin is apparently worried that Selena will leave him, and he thinks that getting engaged is the perfect way to prevent that. Um, does Justin realize that breaking an engagement is not that difficult?

It really does look like Justin and Selena are in this for the long haul, which shouldn’t be good news to any fan of Selena’s. Their relationship has clearly caused a lot of stress for her, and if she ends up back in rehab, we know who deserves the credit. Then again, it’s not like Justin is holding her down and forcing her to go out with him.

Regardless, I doubt Justin and Selena will ever stay together long enough to get married. Both of them are so young and so immature, and they’re way too messed up to commit to each other in such a permanent way.