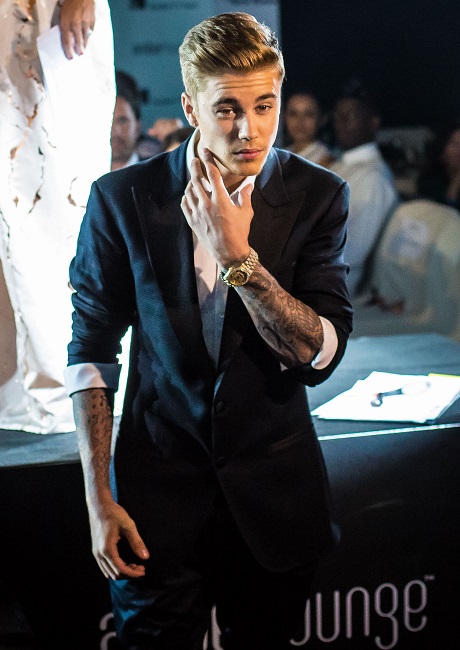 It’s only been two weeks since they got back together and Justin Bieber is already being a bad influence on Selena Gomez. According to InTouch Weekly, a video has surfaced of the reunited couple snorting cocaine.

InTouch alleges the drug-filled night took place while they were partying at 1Oak in Los Angeles. “They got caught doing lines. The video is pretty dark and fuzzy, but someone’s trying to get paid for it,” a secret source told the magazine. Although the video was secretly recorded, the source added that Justin and Selena didn’t care who saw them.

However, the video in question has yet to be seen by anyone other than the mystery source and InTouch. The magazine has been known to fabricate stories and taint Selena Gomez’s good girl image. They have claimed in the past that the singer/actress miscarried Justin’s baby, suffered from medical illnesses, and became a born-again virgin.

The cocaine story is most likely fake, but Justin and Selena’s two-week hook up has not been full of rainbows and butterflies. Cops were called to Selena’s house just last week. “We responded to a call at Selena Gomez’s residence around 10:30 p.m. last night regarding one loud music complaint,” a spokesperson for the Lost Hills Police Department told Us Weekly.

TMZ reported that the noise was so loud that a neighbor said her windows were rattling. Selena eventually cooperated with the police and turned down the music. But, of course, Justin was right beside her the entire night. The incident left Selena’s close friends worried about her out-of-control behavior and feeling that Justin is not good for her.

Selena Gomez seems like a good girl with a good head on her shoulders. However, Justin Bieber has fully committed to this new bad boy image he’s trying to portray. The two may not have been snorting cocaine at 1Oak — but growing up in Hollywood is tough. If Justin stays on this path and he continues to surround himself around only “yes” people, the next cocaine story might be more believable. And Selena just may be right beside him joining in.

Do you believe a video exists of Justin Bieber and Selena Gomez snorting cocaine?