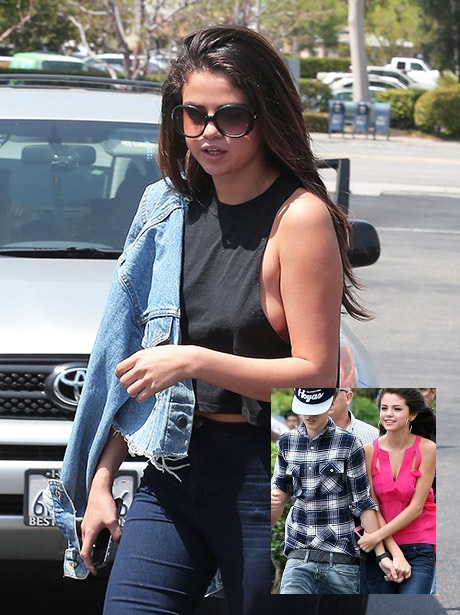 I think I have gotten whiplash trying to keep up with Selena Gomez‘s on/off dysfunctional relationship with Justin Bieber. The other day we were discussing that huge bash that she had at her place that, one way or another, ended up being blamed on Biebs. At the very least, he has supposedly corrupted her into a life of partying, right? Well, now it seems they want their fans to pay attention to another side to their relationship — the more spiritual side.

According to sources, Selena and Justin were spotted together at a popular bible study last night. Supposedly, he has once again promised to change for Selena, so I guess picking up a bible is a big way to try and offset all of the blunts that Justin is usually rolling, right? I don’t see this being his idea. At the very least, it was a PR move suggested by his team to show fans that Justin really is doing things differently. I mean, what better first step than turning towards God, right? At least that’s what they are hoping we think!

Are you guys buying Justin and Selena together again? Whether she is at a bible study or a shopping mall hardly minimizes how foolish Selena has been when it comes to keeping Biebs in her life for all of this time. What good is all of that talent when it is consistently overshadowed by the poor choices she continues to make in her personal life?