Selena Gomez and Justin Bieber Dating and Back Together: The Only Way They’ll Be Happy? 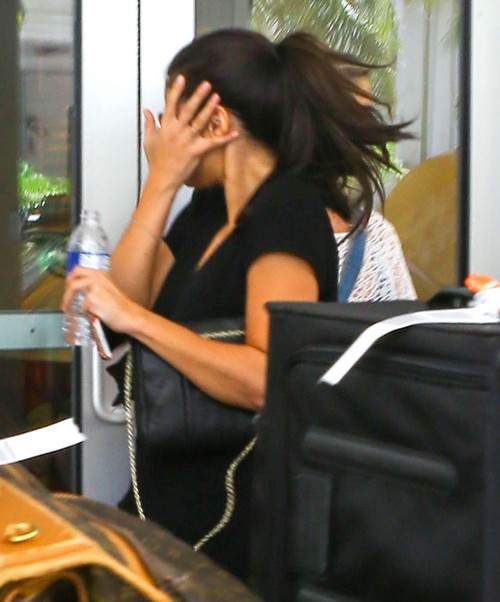 Justin Bieber and Selena Gomez are locked in a battle of wills that will only end when they get back together, or when one of them moves to another country. In other words, we’ll be forced to deal with this for a long, long time. Get ready for a bumpy ride, folks.

So Justin and Selena broke up for the billionth time a few weeks ago, and rumor has it that it was Selena’s indecisiveness and hypocrisy that led their fights. Apparently, she didn’t want the negative publicity that came with dating Justin Bieber, but she didn’t want to break up with him. She would whine about Justin being a bad influence on her, but she would party and drink just as much as him.

Eventually, Justin had enough of her antics and moved on to his to other flings, including Instagram model Yovanna Ventura. But as soon as he began posting pictures with Yovanna on Instagram, Selena retaliated by posting pictures with her own flings online. She and model Tanz Watson posed for a cozy picture, clearly throwing their relationship in Justin’s face.

At this point, their get-back-at-each-other scores are tied. But when Selena posted a series of ‘inspirational’ messages on her social media accounts, all with empowering feminist messages, she pulled ahead. And even if Selena didn’t mean it, the messages certainly got plenty of mileage in the media. So we’ll go with Selena winning this round, even if Justin got a head start. Unfortunately for Justin, Selena’s still more loved by the public than he is, especially after his behavior over the last two years.

But then again, I doubt their romance has permanently ended. They’re still two very immature kids that have feelings for each other, and we’re probably stuck with at least another few rounds of breaking up and getting back together before they go their separate ways.