Selena Gomez Trying To Sex Up Her Image With Another Harmony Korine Movie, Spotted With The Director 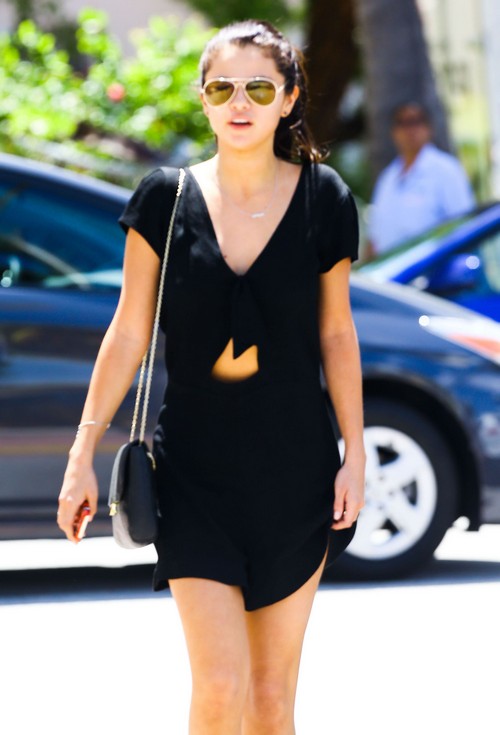 Selena Gomez‘s millionth breakup with Justin Bieber has led to some undeniable hilarity while both of them try their very best to make the other jealous in the aftermath. Justin posts pictures with an ex-fling? Selena will post pictures with a new fling. Justin gallivants around Los Angeles with his D-list models, Selena will upload ‘deep’ messages about love and moving on. But I don’t think anything quite beats this – Selena being rumored for another movie with Harmony Korine, the director of Spring Breakers.

Selena and Harmony were spotted spending time together in Miami recently, and what’s actually interesting about that is that Harmony is reportedly working on a movie with Robert Pattinson right now. Can you imagine Selena and Rob being in a movie together? I have a feeling that the fandoms would have a collective meltdown, if Justin doesn’t beat them to it.

According to our sources, Selena’s been trying to change her focus to boosting her film career for a while now. She had some momentum after Spring Breakers, but it all disappeared after that godawful movie Getaway with Ethan Hawke earlier this year. And since her Justin Bieber shenanigans started, she’s been in the media for her relationship issues, nothing else.

It makes sense that Selena would turn to Harmony to help relaunch her career, since he’s the guy that got her noticed in the first place. Plus, it would be a win-win for her if she managed to land another Spring Breakers-type role, allowing her to sex up her image and make Justin jealous in the process. And if she gets to act opposite Rob or some other Hollywood A-lister? All the better for her, and all the worse for Justin. We definitely can’t say that Selena doesn’t know how to play the game.