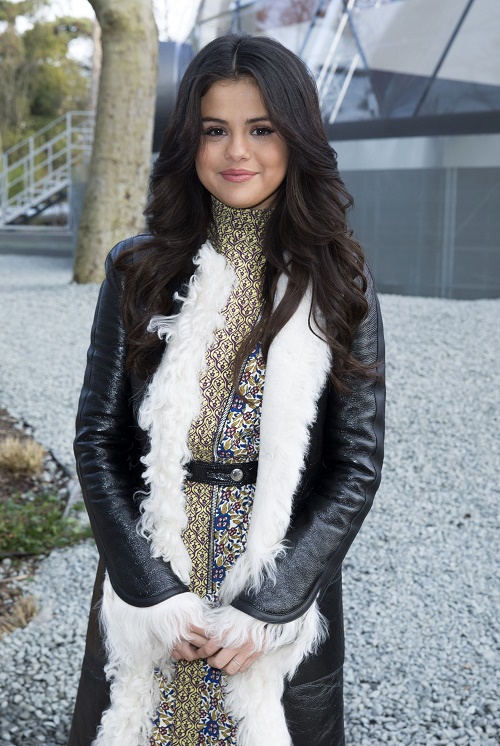 Selena Gomez is determined to make a name for herself other than “Justin Bieber’s Ex,” and is campaigning hard for a role in the highly-anticipated movie Zoolander 2. But how far will the “I Want You To Know” singer go for the acting gig? According to a new report, Selena Gomez is shamelessly flirting with Owen Wilson and pressuring him to add her to the star-studded line-up. We’re going to go out on a limb here and guess that Selena’s new boyfriend Zedd is not very happy about it.

During Paris Fashion Week, actor Owen Wilson pranced down the runway at a Valentino fashion show to promote his new film Zoolander 2 – a hilarious comedy in which he co-stars with Ben Stiller and they make complete mockery of the world of high-fashion. Apparently, Selena Gomez is a huge fan of Zoolander – and when she seen Owen Wilson’s appearance at Fashion Week she jumped at the opportunity to try and flirt her way into the movie – which is sure to be a hit.

The March 30th edition of Star Magazine reveals, “Selena Gomez is vying for a part in Zoolander 2 after flirting up a storm with Owen Wilson during Paris Fashion Week. The singer, best known as Justin Bieber’s ex, feels like a cameo alongside Hansel and Derek could change that. A Hollywood insider dished to Star, “Selena sent a few flirty texts to Owen gushing that he was so funny and brilliant to pop up in the Valentino fashion show and said, ‘if there is a role for me I’m in.’ They exchanged a few jokes and Owen said that he would see what he could do.”

We totally get why Selena wants to make a name for herself and be known for something other than her disastrous relationship with Biebs, but after the Comedy Central Roast that made a complete mockery of Jelena – it’s going to take more than a walk-on role on Zoolander 2 to disassociate herself from her ex. As far as Selena Gomez flirting with Owen Wilson – well, it wouldn’t be the first time that she was accused of using men to further her career. What do you think the odds are of Selena getting a gig on Zoolander 2? How far would she go for the job? How do you think Zedd feels about her flirting with Owen Wilson? Let us know what you think in the comments below!