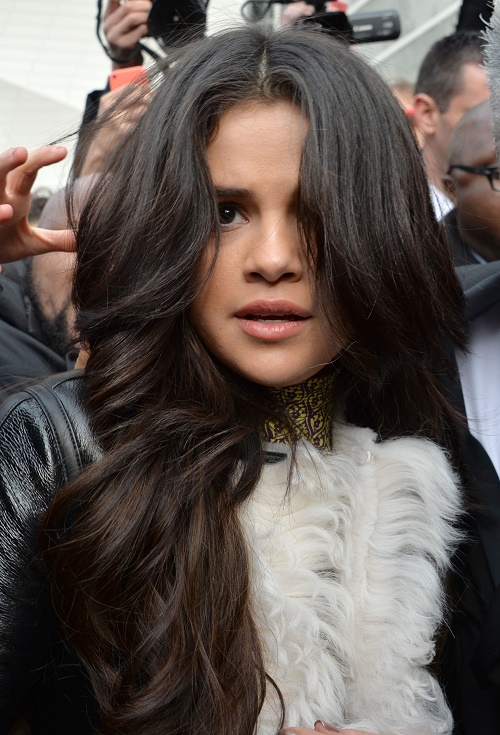 Selena Gomez just can’t seem to make up her mind. Does she want to be with DJ Zedd or Justin Bieber? When Selena Gomez and her “I Want You To Know” music video costar Zedd began dating earlier this year, it was obvious to everyone, including Zedd, that she wasn’t completely over Biebs. But, for the sake of promoting their new single and making Justin jealous – Selena dove head first in to her new relationship with the German DJ. Considering how wishy washy Selena was over her feelings for Biebs, none of us were shocked this month when Selena and Zedd began to crash and burn because she was still in contact with Justin.

News broke during Paris Fashion Week that Selena Gomez and Zedd had a major fight when he learned that she was still talking to Justin and had called him to wish him a happy birthday. Rumors began floating around that Selena and Justin were planning on meeting up in Paris – and Zedd was not having it. Amidst Selena and Zedd’s fight/break-up, Jelena fans rejoiced at the idea of Selena and Justin getting back together. But, don’t pop the champagne bottles yet – Selena has done a complete 180 after the Comedy Central Roast and is trying to patch things up with Zedd.

We knew Justin Bieber’s Comedy Central Roast would be brutal, and it would be open season on his relationship with Selena Gomez. But the comedians and celebrities even shocked us with how hard they went on Jelena, they even went as far as to poke fun at Selena being Mexican. Then, to top it off, Justin gave a speech at the end saying that he regretted his past – which Selena took very personally, seeing as how she was a huge part of his past and they dated for three years.

According to our insiders, Selena Gomez is fuming over the Comedy Central Roast and the fact that Justin hinted that he regretted the time they were together and didn’t even defend her. The “I Want You To Know” singer is so upset with Biebs, that she is trying to make things right with Zedd. But she may be too little too late. Rumor has it Zedd has had enough of Selena running back and forth between him and Justin, and he is still furious that she was talking to her ex behind his back.

So, do you think that Selena is being overdramatic, or would you be upset after the Comedy Central Roast too? Should Zedd give her another chance? If he does, will she just go running back to Justin again? Let us know what you think in the comments below!