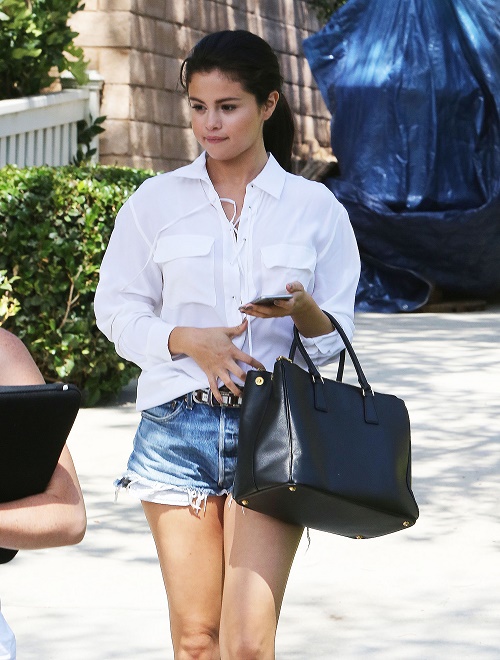 Selena Gomez’s fans went into a frenzy earlier this month when reports hit the internet that the pop singer was dating One Direction’s Niall Horan. This actually isn’t the first time that SelGo and Niall have been linked together and reportedly dating, but when they were spotted hanging out together it refueled the rumors. But, it looks like Selena wasn’t hooking up with Niall, she was actually playing matchmaker.

One Directioner Niall Horan was spotted in Malibu on a date with a hot blonde this week, and it was not Selena Gomez. But, according to Daily Mail, Raquelle Stevens is actually Selena Gomez’s BFF and the “I Want You To Know” singer introduced Niall to the Los Angeles socialite. Raquelle and Niall were spotted looking very cozy together as they were leaving Nobu Restaurant with a small group of friends.

Selena Gomez’s dating life continues to baffle us, but at least we can cross Niall Horan off her list of rumored boyfriends. Over the course of the last month Selena has been linked to her ex Justin Bieber, Niall Horan, Cody Simpson, Orlando Bloom, Ed Sheeran, and Nick Jonas. The more guys Selena Gomez dates, the more Justin Bieber tries to win her back. If making him jealous is her goal – then she is executing her plan perfectly.

At this point, we’re not sure if we are impressed with Selena Gomez’s new pimp persona, or if it is cause for concern. But the pop singer has definitely kept us on our toes this summer – stepping out with a new man every week. We are a little bit sad that she hooked Niall up with her friend Raquelle Stevens though, because they could have been the next pop music super couple. Do you think that Niall Horan and Selena Gomez would have made a cute couple? Did she introduce him to Raquelle because she is still secretly hooking up with Biebs? Let us know what you think in the comments below!