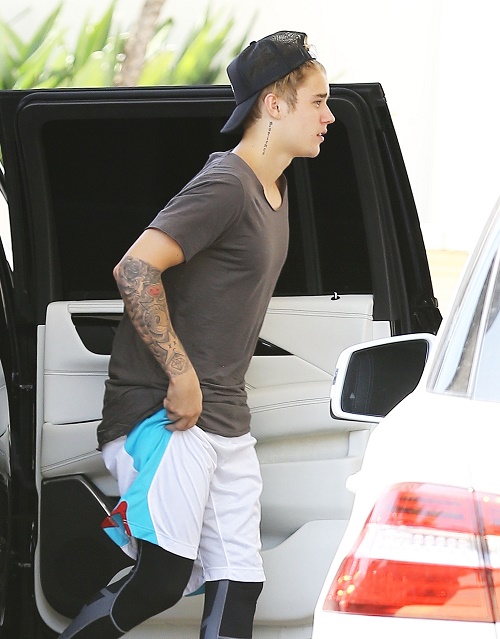 Are Selena Gomez and Justin Bieber making Christian music together? Selena Gomez and Justin Bieber are hooking up again and in the process of getting back together. This week, a video surfaced on SnapChat of the two former lovebirds hanging out and laughing with a group of their friends. Rumors have been floating around for months that Jelena was reconciling, but Justin and Selena were both involved with various other people – like DJ Zedd and Jayde Pierce. So, what finally brought Biebs and SelGo back together? Their church – Hillsong.

Everyone is buzzing about the new duet that Selena Gomez and Justin Bieber are reportedly working on, but rumor has it that the new song will be nothing like what fans are expecting. Justin and Selena have been bonding over their experiences at Hillsong Church, and both of the young stars have turned over “new leaves” over the course of the last year courtesy of their involvement in the religion. The couple was actually spotted together attending the church earlier this week. Word on the internet is that Jelena’s new duet will be a Christian song!

Hillsong Church has been scrutinized over the years for turning their sermons into rock and roll concerts, and trying to appeal to younger followers. Music is a strong part of the church so it isn’t shocking that the Hillsong leaders would try to cash in on Justin and Selena and get them to sing a Christian song that they can play at church. Also, Hillsong has been criticized for being greedy and making millions off their followers, imagine how much they would make if they had the rights to the first Justin and Selena duet.

Would you buy Justin and Selena’s new duet if it were a Christian song? Do you think Hillsong Church is to thank for Jelena’s recent reunion? Or is it just a matter of time before they break up again? Let us know what you think in the comments below!