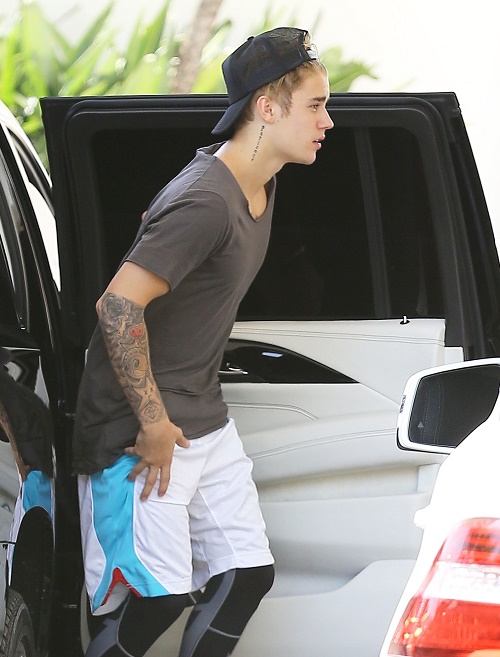 Is Justin Bieber using Selena Gomez to revive his music career? Selena Gomez and Justin Bieber recently began hanging out again, and fueling dating rumors that they were getting back together and secretly hooking up. The former exes’ reunion is credited to their involvement in Hillsong Church – and they are reportedly working on a Christian music duet together. But is Justin just stringing Selena along to help promote the new album that he says he is working on?

It’s no secret that Selena Gomez is not over Justin Bieber – but is Biebs using that to his advantage? He is obviously over her, and has been linked to numerous girls, including his current rumored girlfriend Jayde Pierce. This year Justin Bieber decided to turn over a new leaf, apologize for all of his recent scandals, issue an apology video, and get back to the music. Recently, he has been popping up at concerts and making surprise performances – and teasing on social media that he is finally working on a new album. But Biebs quickly learned that he did a lot more damage to his fan base and his reputation than he realized, and his album in progress wasn’t gaining half as much buzz as he had hoped.

It can’t be a coincidence that Justin decided to make nice with Selena Gomez, just in time to do a duet with her on his new album. Justin knows that the “Jelena” fan base is crazy, and with him and Selena together, he can sell a lot more albums. The tables really have turned, before Justin used to point out that Selena was riding his coattails, and the only reason any one bought her music was because they were dating. Now, Justin has to ride her coattails, because after their break-up she made a name for herself and cranked out some hit songs.

Do you think that Selena Gomez is being used by Justin Bieber? Or does he genuinely want to get back together with her? Will their duet ever see the light of day, or will they have another huge fallout before it is completed? Let us know what you think in the comments below!