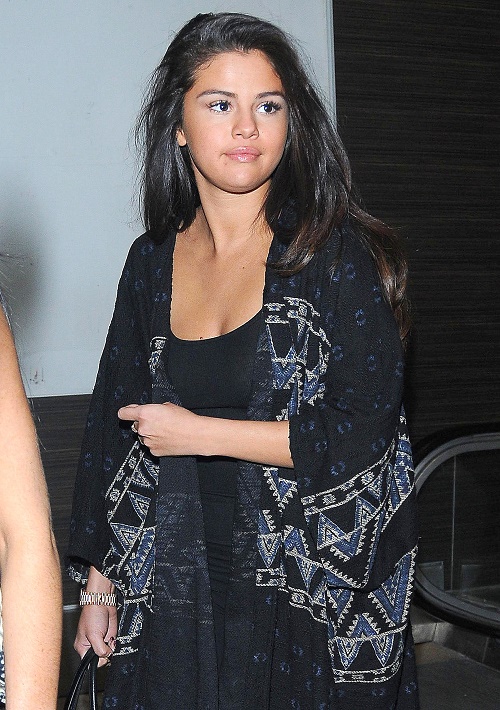 Are Justin Bieber and Selena Gomez getting back together? Selena is technically dating her boyfriend Zedd, and flirting with her costar Nat Wolff on the side – but it is no secret that she still has feelings for her former flame Justin Bieber. In February, Selena and Zedd got in a major fight and broke up for a few days when he learned that she was still talking to Biebs, but any hopes of her and Justin reconciling were squashed by his Comedy Central roast. But, there is still hope for Jelena fans – because Justin still loves Selena Gomez!

Selena Gomez’s hit song “The Heart Wants What It Wants” was clearly about Justin Bieber, and now Biebs is working on a new album with songs on it about Selena! Justin sat down with Ryan Seacrest for an interview regarding the new album that he is working on and he confessed that some of the songs are about his ex-girlfriend. Biebs told Seacrest, “A lot of my inspiration comes from her. It was a long relationship and a relationship that created heartbreak and created happiness and a lot of different emotions that I wanted to write about, so there’s a lot of that on this album.”

It’s obvious that both Selena and Justin still have feelings for each other – but whether or not they will get back together is a completely different story. Although Justin claims to be turning over a new leaf, he still is serial dating more girls than we can count on both hands, which is one of the leading causes of Jelena’s demise. And Zedd is not going to let Selena go without a fight, he is in it for the long haul, he just bought his “I Want You TO Know” music video costar a promise ring.

Are you excited to hear Justin’s new song about Selena? Will Selena and Justin get back together? Or is she better off with Zedd? Let us know what you think in the comments below!