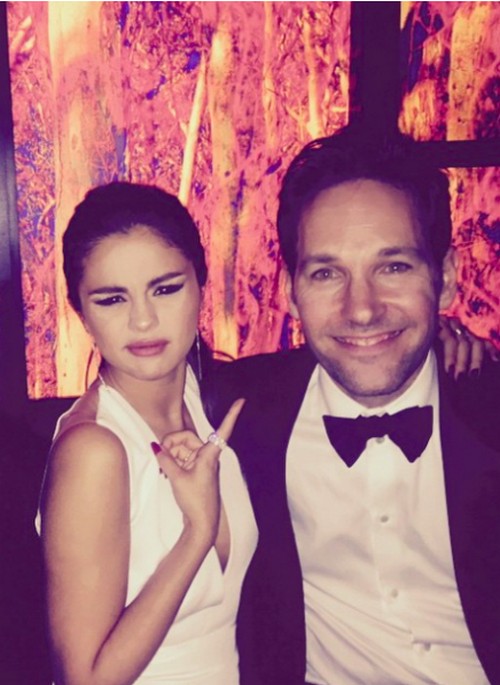 Selena Gomez has had to fight to reignite her movie career, which has coincidentally [or not so coincidentally] been in the dumps since her Justin Bieber shenanigans. However, it looks like that final breakup with Justin finally paid off, since she’s landed her first major film role in ages. According to reports, Selena Gomez will star in The Revised Fundamentals of Caregiving with Paul Rudd. Not bad, right?

Well, who knows how much begging, borrowing, and stealing Selena had to do to land that gig. Ok, I kid, I kid. Maybe not stealing. If we’re being realistic, Selena Gomez is still a huge household name across the country – and the world – even though the majority of that fame comes from her relationship with Justin Bieber and her tabloid drama.

After the Wizards of Waverly Place ended its run, Selena could have done anything she wanted in the film and TV world. However, instead of capitalizing on that, she made a series of shitty choices and chose to make a fool of herself with Justin Bieber. Thus, her film career ended with a bang before it began, and her tabloid infamy began. Of course, there were also health issues that came into the mix, and Selena’s own unwillingness to chase after roles. But it seems like dumping Justin Bieber has done her some good and cleared her head, since her fame game is back on point.

This is a pretty big role to land after not working for so long, but Selena’s fame and team of agents no doubt helped with that. The real question now will be seeing whether she can maintain that momentum.

What do you guys think? Will Selena Gomez continue manage to revive her movie career with The Revised Fundamentals of Caregiving, co-starring Paul Rudd? Or will this be yet another failure? Let us know your thoughts in the comments below.