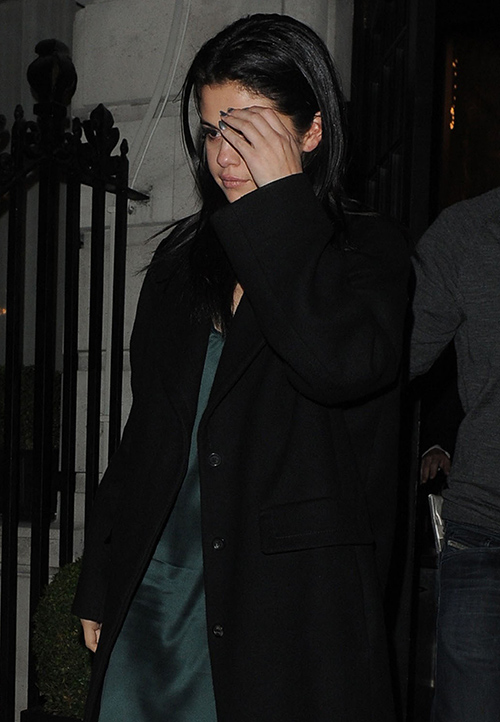 Selena Gomez is lonely and looking for holiday love after her attempted romance with One Direction singer Niall Horan fizzled out. The Same Old Love singer is hooking back up with Zedd again after swearing off Justin Bieber, who is clearly back to his bad boy antics after getting caught in a hotel romp with a bunch of groupies.

Initially, Gomez was planning to date One Direction singer Niall Horan. The two singers had been friends for years and Selena knew that a romance with Niall would make Bieber insane with jealousy. She was right too, and Justin started posting some “crazy” throwback pictures after hearing about Selena’s recent makeout session with the One Direction heartbreaker. Who knows why they already called off their planned romance but Selena and Niall’s attempt at love didn’t take off the way many hoped it would.

After Selena’s performance with Zedd at New York City’s Z100 Jingle Ball on Friday, December 11, the lonely singer posted a picture of herself and Zedd to Instagram. The picture showed Gomez pointing up to the deejay booth during their performance of I Want You To Know. Selena captioned the photo, “My babe @zedd and I performing tonight for @z100newyork@iheartradio SO grateful to wrap up this year with the best people. Thank you NY!!”

Zedd also confirmed their reunion when he posted a picture of himself cuddled up to Selena Gomez on Instagram. The caption to Zedd’s photo reads, “Reunion with my favorite lil Mexican taco to perform #IWantYouToKnow tonight at Madison Square Garden.”

Selena really struggled during her relationship with Zedd because the Good For You singer clearly wasn’t over Justin Bieber. Now Gomez is ready to take that step and it looks like Zedd was waiting patiently for the 23-year old songstress to give their love another go.

Those who followed Selena Gomez and Zedd’s relationship the first time around will recall that the famous couple called it quits because Selena just couldn’t quit crying over Bieber. Now that Selena seems to be over the What Do You Mean? singer, Zedd is willing to try again. Will the Come & Get It singer be successful this time around with Zedd or is it just a matter of time before Justin Bieber ruins everything again?