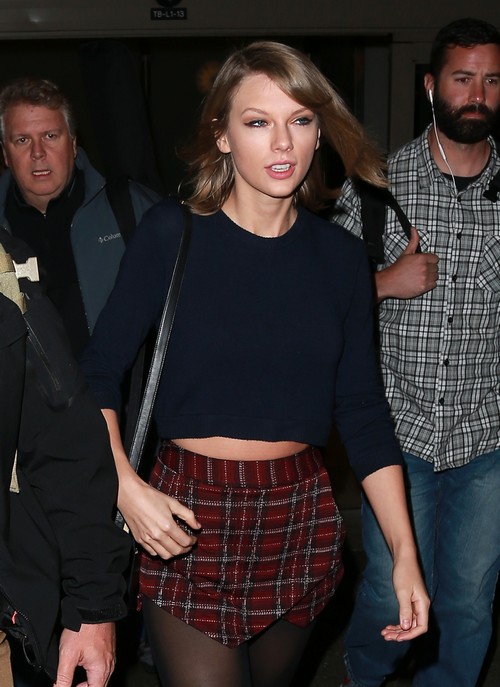 Taylor Swift is not only okay with Selena Gomez and Niall Horan hooking up but the Blank Space singer is behind the hook up in hopes that it will keep SelGo away from Justin Bieber. It’s no secret that Swift hates Bieber and she’ll do just about anything to keep Gomez away.

Niall Horan has casually dated Selena in the past and always seemed to have feelings for the Same Old Love singer. Unfortunately until recently, Selena wouldn’t consider Niall anything beyond a friend. Gomez was still so hung up on Justin Bieber that she couldn’t even maintain a relationship.

SelGo even ended up splitting with Zedd earlier this year because the famous DJ realized his girl couldn’t give up Bieber.

Now Selena can deny that she and Nialll are dating all she wants but most people don’t make out with their friends in public. A report from Us Weekly claims the Come and Get It singer and her boy band boyfriend were very open with the PDA during the Friday night birthday party for Jenna Dewan Tatum at Bootsy Bellows in Los Angeles.

According to the Us Weekly source, “Niall and Selena were seen kissing in the middle of the club, in front of everyone.” The lovebirds were also seen leaving the party together with the same source claiming Selena Gomez “grabbed his arm on the way out and held on to it.”

It’s no secret that Taylor Swift fancies herself a matchmaker. The Shake It Off singer has helped a few of her friends find dates including Ed Sheeran and Gigi Hadid. Despite a string of celebrity exes, Swift’s friends still seem to value her love advice.

Taylor has been in Selena’s ear for years trying to get her BFF to let go of Justin Bieber. Swift despites the Never Say Never singer for all the horrible things he has put Gomez through and she won’t even attend the same parties out of fear that she might run into him.

Now that Taylor Swift has finally convinced Gomez to let go of Justin, Selena can enjoy a more normal relationship with One Direction singer Niall Horan.

Taylor Swift arrived in style on her 26th birthday at LAX in Los Angeles, California on December 13, 2015 – FameFlynet