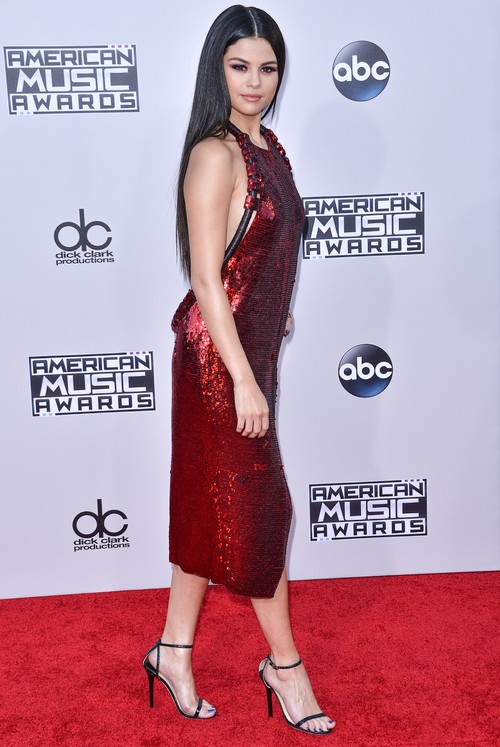 Selena Gomez and Justin Bieber have reunited and Taylor Swift is so furious that she is considering kicking SelGo out of her elite squad. Taylor has been a huge influence on keeping Selena away from Justin after their last break up.

It looks like all that effort was wasted though because Selena was spotted with Justin on Friday, November 20 when the “Sorry” singer jumped on the piano and serenaded Gomez before heading out on a romantic walk with his former flame.

Now that Selena and Justin are back on, the lovebirds tried to get the seating order changed at the American Music Awards on Sunday but it was too late to do any moving. Selena typically sits by Taylor Swift so naturally the “Bad Blood” singer was upset when she heard about her friend trying to change the order and be closer to Bieber. The last thing Taylor wants is to sit anywhere near Justin.

TSwift avoids Justin Bieber at all costs because she still hasn’t forgiven Bieber for hurting her bestie. Rumor has it that TSwift even avoided Kendall Jenner’s birthday party last month because Bieber would be there.

Kendall didn’t invite the “Blank Space” singer anyway but a few mutual friends were at The Nice Guy for the party and wanted Swift to make an appearance. Taylor bowed out and went to another party in the same neighborhood instead.

Swift has been very protective of Selena Gomez during her roller coaster of a relationship with Justin Bieber and has begged Selena to move on with someone else. Apparently Gomez wasn’t lying when she sang “The Heart Wants What It Wants” and it’s obvious that Selena’s heart belongs to Justin because she just can’t shake the “What Do You Mean?” singer loose.

Now a source close to Celeb Dirty Laundry claims that Swift is furious with her friend for rekindling such a toxic relationship. Taylor cannot believe Selena would be so weak and run back to Bieber the way she did.

TSwift has been pretty clear about adding women to her squad that are independent and successful in their own right. Right now Selena Gomez is acting like she needs Justin in her life in order to be happy rather than creating her own happiness. Don’t be surprised if Selena gets kicked out of Taylor Swift’s squad for the perceived best friend betrayal.