Selena Gomez Reunion With Zedd: Kissing At Jingle Ball – Is SelGo Sleeping Around? 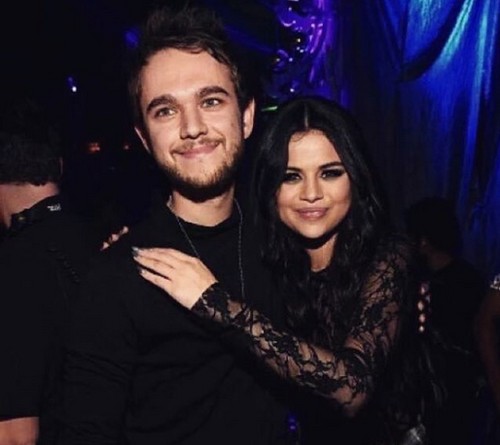 Selena Gomez reunited on-stage with Zedd at the Z-100 Jingle Ball 2015. The former couple were allegedly kissing backstage causing many to wonder – is SelGo sleeping around like her ex boyfriend Justin Bieber?

The DJ and Selena performed “I Want You To Know” and the crowd was buzzing with speculation – are SelGo and Zedd an item again? After the show the former – possibly no longer former – hooked up backstage and those in the know witnessed a bit of kissing.

The couple both posted snapshots to Instagram that only sparked more speculation that SelGo has added another guy to the list of men she’s been spotted with recently.

In the caption accompanying Gomez’s Instagram post the “Good For You Singer” referred to Zedd as “my babes.” The Russian born DJ captioned his Instagram post, “Reunion with my favorite lil Mexican taco to perform #IWantYouToKnow tonight at Madison Square Garden.”

What would make fans ask the question, “Is Selena Gomez sleeping around???” Think about what Gomez has said during interviews promoting the new CD “Revival.” Selena admitted that she is enjoying finding a new and sexier identity.

Selgo also revealed in an interview that she has been getting a lot of relationship advice from new best buddy Jennifer Aniston. Did the older actress advise Gomez to play the field?

There was gossip that SelGo may be romantically involved with openly bisexual model Cara Delevingne. At the time Gomez laughed off the rumors, but never outright denied a more-than-friends relationship.

Gomez has also been spotted with on-again-off-again boyfriend Justin Bieber several times recently. The two couldn’t stop talking about each other during interviews promoting their respective CDs. Just when the Jelena reunion rumors were dying down the Biebs was caught serenading SelGo at a Los Angeles piano bar.

The other guys Gomez has been linked to in the past few months include Niall Horan, Joe Jonas, Gigi Hadid’s ex-boyfriend Samuel Krost. SelGo was spotted getting cozy with Taylor Lautner back in a club in September. That’s a lot of dates in a short period of time – considering the singer is also touring, promoting “Revival,” etc.

Is Selena Gomez just friends with Zedd, Justin Bieber, Niall Horan, Joe Jonas, etc.? Did SelGo have a fling with gal pal Cara Delevingne? Or is this a case of any publicity is good publicity?

My babes @zedd and I performing tonight for @z100newyork @iheartradio SO grateful to wrap up this year with the best people. Thank you NY!!