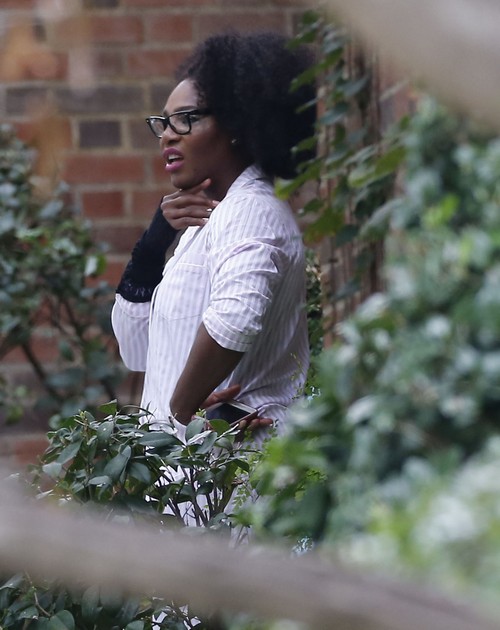 Is Serena Williams pregnant with Drake’s baby? That’s the word on the Internet today. Drake and tennis pro Williams were clearly dating and hooking up over the summer, they were spotted out together on more than one occasion, Drake cheered her on at the US Open, and there were even photos snapped of them in a full-blown PDA session at a restaurant. Despite the obvious fact that they were more than “just friends” – Drake and Serena denied the reports.

No one knows for sure if Serena Williams and Drake are still together, seeing as how Drake was spotted out with another girl not that long ago. But, rumor has it that Serena might have a little memento from the time they did spend together – a bun in the oven. A few reports hit the internet this morning claiming that Serena Williams was pregnant with Drake’s baby, and it wasn’t long before they began spreading like wildfire.

According to Naughty Gossip, one report is even claiming that Serena Williams was pregnant during the US Open, and that is why Drake was there to watch over her like a hawk – hey that would probably explain the loss too.

But, Naughty Gossip’s inside sources are debunking the rumor, as is every other semi-reputable website on the internet. Honestly, we’re shocked Drake has gone this long without collecting a whole squad of baby-mamas. But, Serena William’s career is built on her tip-top shape, and we don’t see her throwing that all away to carry a baby in her belly for 9 months.

What do you guys think – is there any truth to the rumors that Serena Williams is pregnant? Were you hoping that the pregnancy rumors were true? Share your thoughts in the comments below!