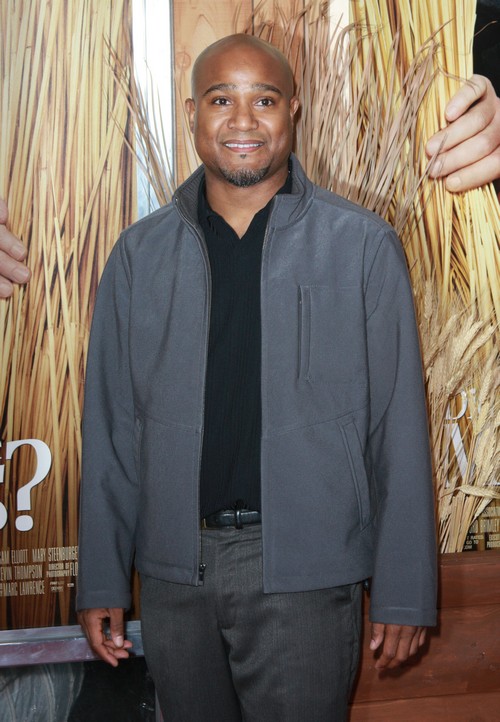 AMC’s most watched series, The Walking Dead, has begun shooting it’s sixth season, but there is already drama surfacing in real life for one of the actors. Seth Gilliam, who just joined The Walking Dead last season, was arrested in Peachtree City, Georgie, early Sunday, May 3.

Gilliam, who played the not so moral Reverend Gabriel Stokes on The Walking Dead as well as a cop on The Wire, was pulled over for after officers clocked him at 107 mph, in a 55 mph zone. According to TMZ, the cops smelled alcohol on Gilliam, and proceeded to question whether or not the actor had been drinking. Gilliam admitted to having a shot and 3 beers.

The police report goes onto say that the officer handling the situation smelled marijuana and searched the car. He found a joint on Gilliam, inside of a cigarette box that the actor had hidden in between the arm rest. The cops go onto report that Gilliam’s blood alcohol level was recorded at .107. They took him into custody and arrested him. Gilliam was charged with DUI, drug possession and speeding, but was released after posting bail at $9,818.

Sources say that Gilliam was not far from Senoia, Georgia, which is where The Walking Dead is filmed.

Since production of season six of The Walking Dead began this week, it is unknown whether or not Gilliam’s arrest will impact filming. When Yahoo reached out to AMC, they declined to comment.

Seth Gilliam is the second actor from the Wire and The Walking Dead, this week, to make headlines. His co-star on both shows, Chad L. Coleman, was recently video taped on an NYC train screaming that he is “Chad L. Coleman of The Walking Dead and The Wire.” Coleman goes onto scream about humanity and world issues. When asked to comment, he stated that he was sober on the train and as far as “humanity,” he claims he was referring to the Baltimore Riots.

If we were actors, we know what two shows we would stay away from. It looks like something is going around on the sets of The Wire and The Walking Dead. What do you think of these two incidents; publicity stunt, or troubled actors? Let us know in the comments below.