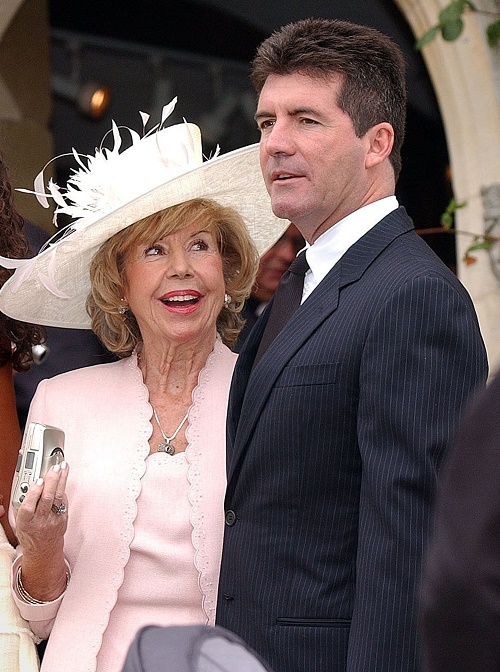 A spokesperson for the Cowell family announced on the evening of Sunday, July 5 that Julie Cowell, Simon Cowell’s mother, had passed away at the age of 89. Our hearts are breaking for Simown Cowell and his family.

X Factor U.K. has postponed their audition process, which was set to begin on Monday, July 6 in Manchester. The additions have been cancelled for Monday, and it seems like there has really not been a decision made on what to do next. Syco Entertainment released the following statement: “Auditions were due to start today and carry on into Tuesday and Wednesday. Today’s have been cancelled and we have not mad any decisions beyond that.” We are sure that more information will be released soon regarding the auditions.

The Cowell family spokesperson released a statement on Sunday night saying, “Today our beloved mum Julie passed away. Anyone who had met her would know what a truly special and kind lady she was. We are heartbroken and will miss her terribly, but she is now at peace. We would like to thank the media for kindly respecting Julie’s privacy throughout and we politely request continued privacy for the entire family at this particularly difficult time.”

Julie Cowell had four sons, Simon, Nicholas, Tony, and Michael. Julie also had two stepchildren, John and June. Julie was a widow and her husband, Eric Selig Phillip Cowell, passed away in 1999. Simon Cowell has not released a personal statement as of now regarding the passing of his mother, but Simon surely will break his silence soon. Simon was known to have a close relationship with Julie Cowell, as well as his father. Cowell even named his son with Lauren Silverman, born in February 2014, Eric, in honor of his late father.

We want to send our thoughts and condolences to Simon Cowell and the entire Cowell family during this extremely difficult time.