BY Siyana Riley on April 30, 2015 | Comments: Leave Comments
Related : Hot News, Reality TV, So You Think You Can Dance, Television 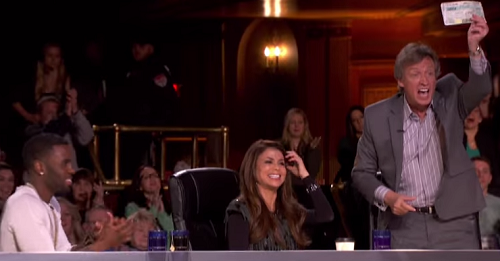 The first promo for Fox’s ‘So You Think You Can Dance’ Season 12 has been released, just in time for the show’s return on Monday, June 1st. There’s been some changes to the show since the last season, including new judges Paul Abdul, who will be replacing Mary Murphy, and Jason Derulo, who will be taking the place of weekly guest judges.

Executive producer Nigel Lythgoe released a statement after announcing the new judges, explaining, “With the new and exciting format comes a new and exciting panel of judges. I’m delighted that Paula Abdul and Jason Derulo will be joining me at the judges’ table this season on So You Think You Can Dance. Paula is an incredible artist and she brings the perfect combination of expertise and heart to the panel. Jason’s insight, humor and creativity will add a new perspective to the panel that we haven’t had before.”

The promo video does a quick job of introducing the new judges and their respective styles of judging, but most of the focus is – rightly – on the dancers and the dancing. As always, we see various different styles of dancing, from ballet to freestyle to hip hop. We also see a wide variety of races and ethnicities throughout the video, which proves that Fox is continuing to stick to its diversity initiative.

Overall, the promo does a solid job of teasing Season 12 of ‘So You Think You Can Dance’, especially with the slightly new format and the new judges. However, it’s still largely the same show that we’ve been used to for the past few seasons, just with a few new tricks up its sleeve.

What do you guys think of the promo video? Are you excited for the show to premiere on Monday, June 1st at 8/7 central on Fox? Let us know your thoughts in the comments below.