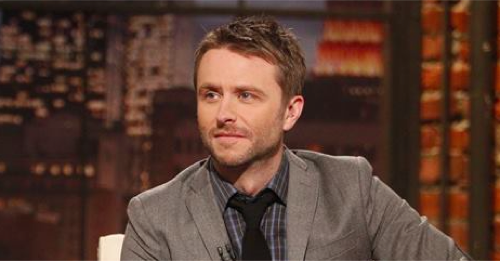 Tonight on AMC Talking Dead returns with an all new Sunday November 15, season 6 episode 6 and we have your weekly recap below. On tonight’s episode, guests talk about the “Always Accountable” episode of “The Walking Dead.”

On the last episode Talking Dead host Chris Hardwick sat down with actor Zachary Levi and The Walking Dead cast member Alexandra Breckenridge, who played Alexandria resident Jessie. Did you watch the last episode? If you missed it, we have a full and detailed recap right here for you.

Tonight on Talking Dead as per the AMC synopsis, “Talking Dead host Chris Hardwick will sit down with actor Michael Rooker who’s also a former The Walking Dead  cast member along Paget Bewster a Comedian and actor.”

#TalkingDead tonight has Michael Rooker, Doug Benson and Paget Brewster along with host Chris Hardwick. He asks Michael if it’s weird to watch Dead since he’s not on it any more. He says he’s become a huge fan and yells at the TV when he watches and says his daughter tells him to stop. Chris asks about Daryl’s bike and crossbow being stolen and Michael says he’s so badass he doesn’t need those. Chris says a lot of people were tweeting about Daryl’s biceps and how buff he is. Others tweeted he’s a legend. Michael says Daryl is not a good guy and that makes him sick to hear it.

He says “Daryl ain’t no good guy” and Paget says she thinks the three who took Daryl captive have some power since they survived so long but says there’s bad blood there. Doug says Daryl didn’t try hard enough to explain he wasn’t one of the guys chasing him. Michael says Daryl is strong and silent. Paget says Daryl hasn’t lost his humanity since he brought back the insulin for the girl. Michael says Merle made Daryl tough. Doug says Rick would not have brought back the cooler even though old Rick might have done it. Doug says it didn’t matter since she was dead a few minutes later anyway.

Michael says Merle would always be on his own whether he was in a group or not. A fan asks if Merle would agree with where the group is now. Michael says he doesn’t agree with any direction any group takes and would go the other way. Michael says Merle would go to Alexandria, steal supplies and split. Doug asks wouldn’t he stay with Daryl and Michael says he thinks Daryl will survive better because of what Merle put him through. And now it’s the In Memoriam: crash test walkers, whoever the hell the guys in the car were, swamp thang walker, commando disgusto walker, mint condition walkers (in the bags), Tina. Then it says, Gosh Tina, they aren’t worth as much after you take them out of the package.

Now we see fan stuff – videos from people who want to be on the show as guests. Michael says don’t eat beans if you’re going to be on Talking Dead. Paget says the people chasing the ones who captured Daryl are a mystery since she hasn’t read the graphic novels but says Wade looks like Bizarro Rick from the chest down. She says he sounds and walks like Rick and has boots too. Doug says when the guy’s arm was cut off it was pretty sweet and you couldn’t see if there was a W on their heads but then Michael says they had guns and the wolves don’t.

Now a poll question: Who was on the walkie talkie at the end of the episode? The blond guy, Glenn, or someone else? Most fan say it’s Glenn. Paget says she thinks it was the blond guy and says she thinks there’s more from the people who took the bike and crossbow. Doug says he thinks it’s the blond guy. Then a caller asks Michael who he prefers Yandu or Merle. He says Yandu pays more. Then Paget gets asked who is her favorite Dead villain. She says she liked the governor because he was compelling but she loved watching him.

Chris says the Governor was great because you changed your mind based on what they were showing. Another fan asks Michael what Merle’s first crime was and if he ever thought about that. Michael says no and says Merle would never think that taking something he wants is a crime. Paget says it’s odd for Abraham to put the make on Sasha especially with Rosita but says Sasha has gotten under his skin and affected him. Paget says Sasha keeps stopping him from doing things he wants to do that are noisier or more violent.

Behind the scenes we see Michael Cudlitz talking about how he loves Abraham with Sasha since she’s had so much loss but is still a warrior and Abraham connects with that. Chris reads comments about Abraham and Sasha then asks Doug about it. Doug says it was so smooth saying loose ends make your ass itch then says he just made it like, let’s do this. Chris asks if romance rules change in the apocalypse. Doug says more people should be hooking up to get your mind off of things. Michael says Sasha didn’t say no and says she was checking Abraham out in the jacket then Paget says Rosita has been flirty with Spencer and Michael says maybe more romance is coming.

Paget says everything has changed and Abraham says time is short, let’s do this. She says it was very attractive to her and to Sasha. Then they take a caller who asks Michael who Merle would be in a relationship with and Michael says Merle would be hooking up with anyone, men too. He says Merle is gender neutral. Now it’s time for the live quiz – questions at the end of the post.

Question 1: How many walkers has the male survivor killed? 35, a couple dozen, too many to count.

Question 3: What do the new survivors call the walkers? Dead ones, cold ones or shufflers

Now some behind the scenes info – the military walker that fell was live and digital effects. The prop master found an actual grenade launcher an RPG to use. It weighed 16 pounds. Daryl’s stunt double this season is Dalton Simons son of Dead stunt coordinator Monty Simons. It’s a Walking Dead family. We see more of Michael Cudlitz behind the scenes. Denise Huth says Abraham is a fun character and Michael does a good job playing that role. She says Eugene’s fake mission saved Abraham’s life but now he’s adrift and he’s on an inner journey.

Now another poll question. What’s the worst thing about dating Abraham? The mustache, yelling random stuff or peeping Eugene watching you. The fans vote peeping Eugene would be the worst. Paget says she likes the mustache and yelling but Eugene is like your weird cousin. Doug asks what that mustache is called and Chris says it’s a handlebar but is leaking off his face. Doug says tension just makes Abraham want to let off steam. Then Michael talks about how the military thing got to Abraham. They talk about what they’d like in the apocalypse and Paget says a wine stash.

Michael says RPGs are heavy and it might be hard to tote around. Chris says after Reg died, Abraham got a little crazy. Chris says they are looking for the best Walking Dead viewing party. They show fan tweets about Daryl’s bike and how quiet Daryl is and that people want him to undress. Kind of freaky… More behind the scenes stuff shows Denise Huth talking about Daryl’s motorcycle chase and Norman Reedus says this is fun, like a Western shot in the suburbs of Georgia. Sonequa says she wants to be in all the action and Michael Cudlitz says this danger means they could lose a character.

An audience members comes up and asks Michael what’s his favorite memory from the show. Michael says when you’re working with actors like that on the show, it’s a pleasure and it’s not always fun to work with some actors. He says you have friends that are amazing and you learn and do the sequences and says his death sequence was amazing but also loved the rooftop where he cut his hand off. He says it’s the camaraderie. Chris gives the fan a cooler with a hand in it. Chris mentions that Patty was the fuel truck, not a person.

Paget says they went to the fuel company looking for Patty but she wasn’t there and she asks who took her out. Michael says they hid Patty the truck. Chris says it seems like there is more fire coming for the walkers at Alexandria to kill the mega herd. Michael asks why hide Patty in a forest on fire. Chris says it wasn’t on fire when they hid it. Doug says the walkers trapped in the melted glass was exciting. He says then Tina has the same hairdo that Holly had back in Alexandria that they did surgery on so he got confused. He says then he realized it’s a popular apocalypse haircut.

Chris says there’s a new Walking Dead emoji and if you do #TheWalkingDead, it will pop up. Then he shows a pop up Walking Dead book with a hideous zombie book and there’s a prison pop up and some Governor stuff. Michael says it’s a great bedtime book. Chris does a poll of which guest would last longer in the apocalypse – Doug, Paget or Michael – and fans chose Michael by a large majority. Doug get only 2%. Now it’s the sneak peek at next week’s episode.

We see Rick talking to Morgan who tells him all life is precious. Michonne says it’s not that easy. Morgan says he doesn’t want to let that go. Michonne says he may have to and things aren’t as simple as four words. Morgan asks if they think he doesn’t belong here and Rick asks if he thinks he can make it without getting blood on his hands. Michael says they should exile Morgan. Doug says yes. Paget says she doesn’t want him to go. That’s it!

Answer 1: A couple dozen. Rick first asked the “the questions” to Clare in season 4.

Answer 2: Sunrise Auto. In insurance, events humans can’t control are called Acts of God. Damage from a walker apocalypse wouldn’t be covered because of this.

Answer 3: Dead ones. We’ve heard that in Terminus used by Gareth’s brother Alex.