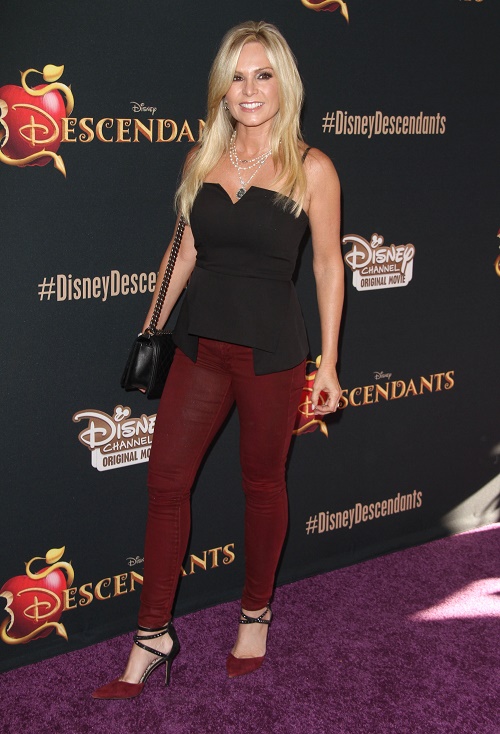 Real Housewives of Orange County star Tamra Barney is a real piece of work. Over the years, we have watched Tamra stir up drama left and right on the Bravo reality TV show and bully her co-stars mercilessly. Tamra’s days were reportedly numbered on the RHOC, because no one wanted to work with her anymore – and she completely turned off her fanbase with her catty antics. Desperate for the Bravo paycheck, Tamra decided to get Baptized and find Jesus in a last ditch attempt to keep her job.

Tamra Barney sat down with In Touch Magazine to discuss her spiritual journey this season on Real Housewives of Orange County. In an exclusive interview, Tamra revealed, “I got very depressed. There were times when I didn’t want to wake up and live,” when she was dealing with a messy custody battle over her three daughters with her ex Simon. Tamra went on to say, “I was in the lowest place I had ever been in my life. As a family we started to go to church to help with the pain. My original plan was not to get Baptized on camera. I knew the backlash I would get. But, after talking to my pastor he told me that it could be very helpful for other people.”

There are a few holes in Tamra Barney’s story – a few HUGE holes. Before they even began filming this season of Real Housewives of Orange County, a source leaked information to the tabloids and revealed that Tamra had pitched a storyline to producers about her “finding Jesus and getting Baptized” because she was afraid that if she didn’t have anything exciting going on in her life she would be fired. So, how did Tamra’s pastor convince her to film her Baptism if she had already pitched the idea to producers. See where we are going with this? Obviously, Tamra wanted the Baptism filmed – nobody, especially her pastor, talked her in to it.

Here’s the second huge hole in Tamra’s “spiritual journey.” Generally, while one is on a spiritual journey, they change their ways. We can all agree that other than getting Baptized, nothing else is out of the norm. Tamra is still just as catty as ever. We have no issues with people turning to religion and trying to find themselves, more power to them. But don’t lie about it just to keep the reality TV cameras interested in you and make a mockery of those who actually take their faith seriously.

Do you believe that Tamra found herself and is taking her spiritual journey seriously? Or was it all just a storyline for Real Housewives? Let us know what you think in the comments below!